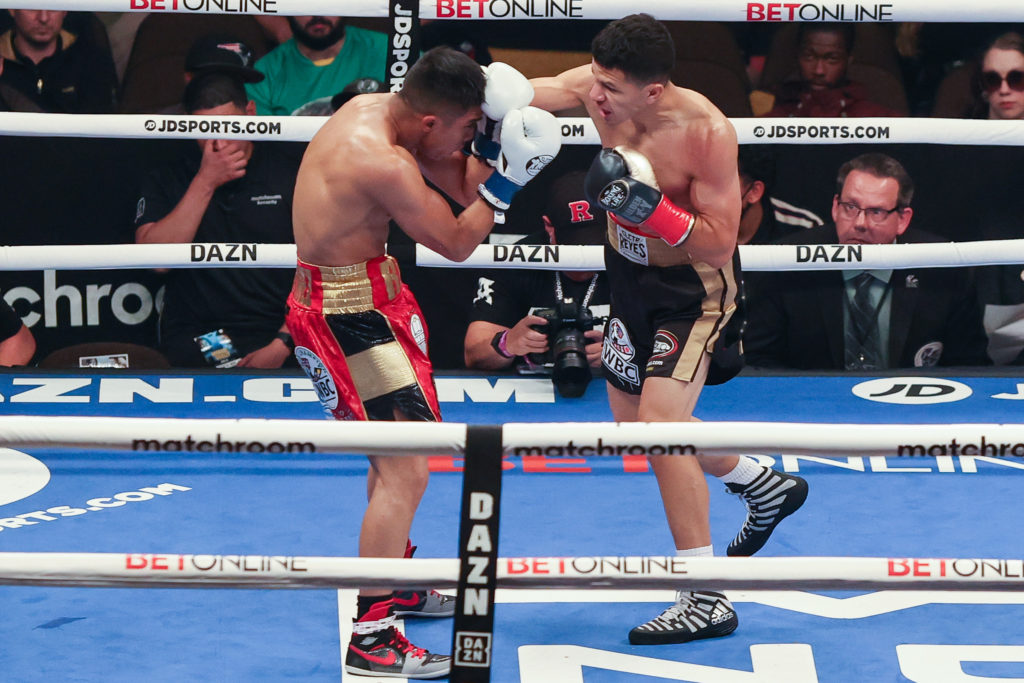 Martinez-Arroyo Ends In No Contest

Julio Cesar Martinez and McWilliams Arroyo looked to be a fun fight, and it was for all six minutes as it ended as a no-contest Friday night on the streaming service, DAZN.

The first round of this co-main event from the SNHU Arena in Manchester, New Hampshire, saw both men hit the canvas. It was an actual good start from the two-time challenger. Arroyo as a left hook to the body had the WBC Flyweight champ Martinez reeling early. Later he sent him down in the first round from a nasty right. Once he got up and beat the count, Arroyo continued the onslaught but was caught by Martinez as the first round ended. Arroyo won the ten count as the bell ended the round.

Whatever you think of McWilliams Arroyo's ability to continue, that was a smart business decision.

A cut on the right eye of Arroyo from a headbutt was forming and made complications worse as he was sent down for the second time in the fight early on in the second round from a left hook.

At the end of the second round, Arroyo stated that he couldn’t see out of his right eye in the corner. Once the third round started, time was called, and The ringside doctors caught Arroyo. Worth noting that Arroyo’s corner didn’t do too much to try to stop what was two bad cuts bleeding badly from the right eye. When the ringside doctor checked out Arroyo, he advised referee Johnny Callas to stop the fight.

Since the cut from the right eye was caused by the head butt, the two knockdowns Martinez scored are now moot as the war didn’t go four rounds, and it was ruled a no contest.

So did Arroyo look to take a way out? It looked like it. He was down on the cards early on and didn’t want to hang in there for the rest of it, and this was the most thoughtful way to do it. It looked and seemed pretty dodgy, but we’ll see if they ever go through this fight again or move on to someone else since none of this fun action technically happened.

Will Demetrius Andrade Help His Profile Friday?
Demetrius Andrade Gets Early KO Of Jason Quigley
Advertisement
To Top
We use cookies to ensure that we give you the best experience on our website. If you continue to use this site we will assume that you are happy with it.OkPrivacy policy