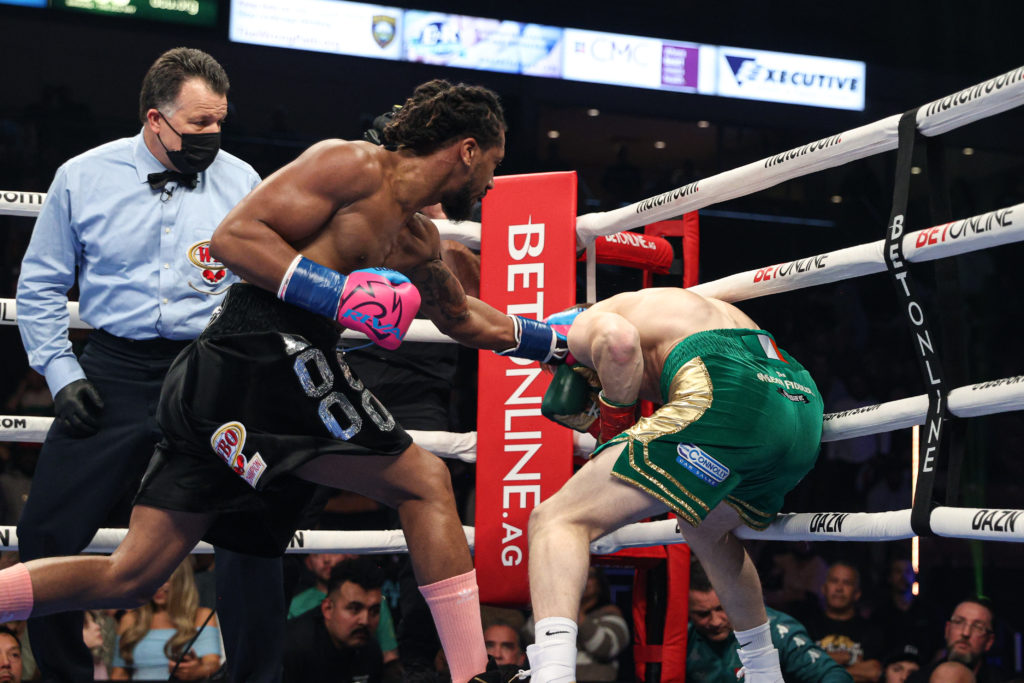 WBO Middleweight champ Demetrius Andrade promised everyone who would listen to bank on an early knockout against Jason Quigley and to just that with a second-round stoppage.

The official time of this contest was 2:21 of the second round that closed out the SNHU Arena in Manchester, New Hampshire, Friday night that aired on the streaming service DAZN.

Andrade, now 31-0, 19 KOs came into the fight a huge favorite and preceded in the usual fashion. Quick and starting with a first-round knockdown of Quigley with a right and looked to be in control of the fight. He similarly did this in June 2019 against Maciek Sulecki. And proceeded to box him for eleven more rounds.

Quigley missed a second knockdown, ruled a slip only to be sent back down officially n the second round, and from there, it was all academic as Andrade sent the hometown group happy with a third knockdown stopping the fight.

3 knockdowns in 2 rounds. Win by KO for Demetrius Andrade. What a performance.#AndradeQuigley | @autozone pic.twitter.com/S3gTUy2OGE

We asked the question here if this will help his profile fight the elite in the division. Despite the DAZN broadcast (most notably Chris Mannix) boasting the big names such as Jermall Charlo to make a fight happen, that fight window has already passed. But the victory for Andrade should at this point should at least get him a more competitive fight.

The most logical move at this point should be Jamie Munguia, who Andrade did mention after the fight.

“Enjoy your night. Don’t drink and drive too much, ” Andrade said the Irish faithful that came to root Quigley.