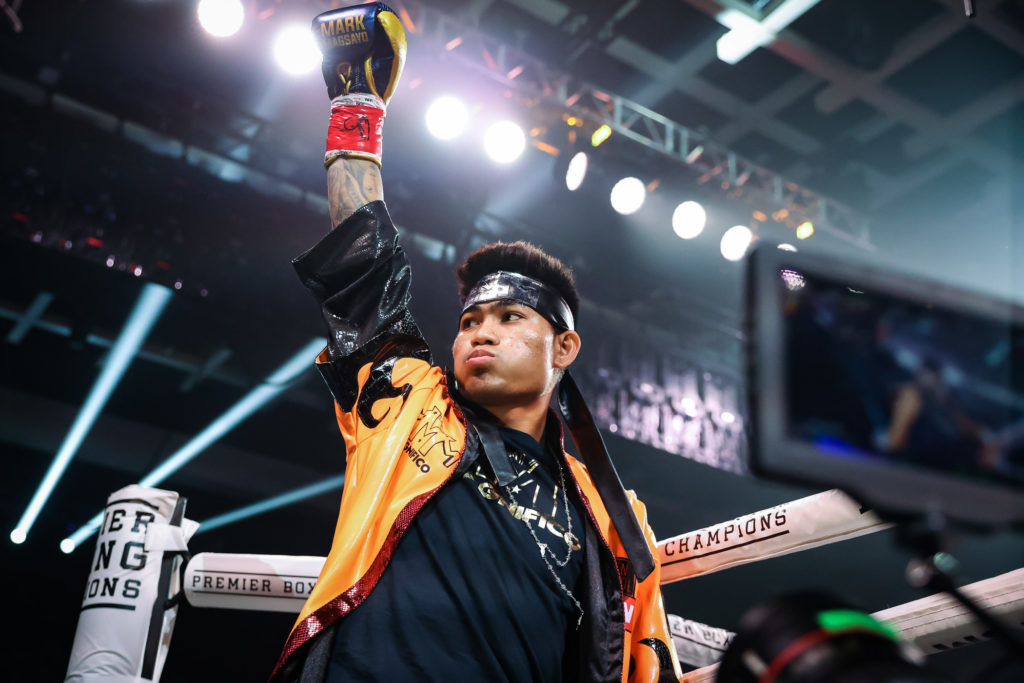 Mark Magsayo has studied Rey Vargas and he has seen what is obvious, that while Vargas is a quality technical boxer he rarely likes to mix it up.

WBC featherweight titleholder Magsayo prefers to come forward and bang it out with opponents but he has no expectation that former junior featherweight titlist and mandatory challenger Vargas, the taller and longer fighter, will do that at all.

He expects Vargas to employ his usual tactic of boxing and moving while trying to use his height and reach advantages when they square off in the main event of a Showtime tripleheader on Saturday (9 p.m. ET) at the Alamodome in San Antonio.

“I’m facing a fighter who’s usually going backwards,” Magsayo said. “He’s tall, so that’s always his plan. I’m hoping he doesn’t run too much in this fight. If I’m able to get to the right distance with him, I’m going to get the knockout.

“I’m prepared for anything he brings. I’ve gotten great sparring with guys who move, guys who go toe to toe and everything in between. It doesn’t matter how he fights. I’ll be ready for it.”

Magsayo will be making his first defense after scoring an upset majority decision over long-reigning titlist Gary Russell on Jan. 22 in Atlantic City, New Jersey.

Russell was coming off a two-year layoff, came into the fight with a shoulder injury that required post-fight surgery and was dealing with the absence of his father and trainer Gary Russell Sr. from his corner and most of his camp because of serious medical issues that eventually led to his death in May.

“My footwork is definitely very important in this fight,” Magsayo said. “Just like against Gary Russell Jr., I’m going to have to make adjustments. I’m not expecting him to mix it up with me.

“I’ve already faced the best fighter in the division, and that was Gary Russell Jr. I beat him clearly and I believe that sent a message to the rest of the division. Even before he hurt his shoulder or whatever happened, I was winning the rounds.”

“I’ve learned so much at the Wild Card Gym with Freddie Roach,” Magsayo said. “I’ve become a much more accurate puncher with a legendary coach like Freddie. It’s a relief to know that they have my back and will be able to get the most out of me as a fighter.”

Vargas has the same respect for Beristain.

“Nacho Beristain, along with my dad, have been with me ever since the start of my professional journey,” Vargas said. “I know Nacho just as well as he knows me. I like to say that he is an ‘old man of the sea’ with all of his life experience. He knows what type of fighter I am, and I know what type of trainer he is. He knows me to perfection after all of these years.”

Vargas returned from a nearly 2½-year layoff due to injury, the coronavirus pandemic and a promotional change, to cruise to a near-shutout of Leonardo Baez in his featherweight debut on the Canelo Alvarez-Caleb Plant undercard in November to set up the title shot.

“My goal is to dominate this fight and bring the title back to Mexico,” Vargas said. “I fight for my Mexican people and my family, and I work hard every day to make them proud.

“I’m not overconfident, but I know how hard I worked and what I’m capable of. Magsayo will come out strong with lots of energy, but we will counter that. That’s when we’ll tear his head off.”