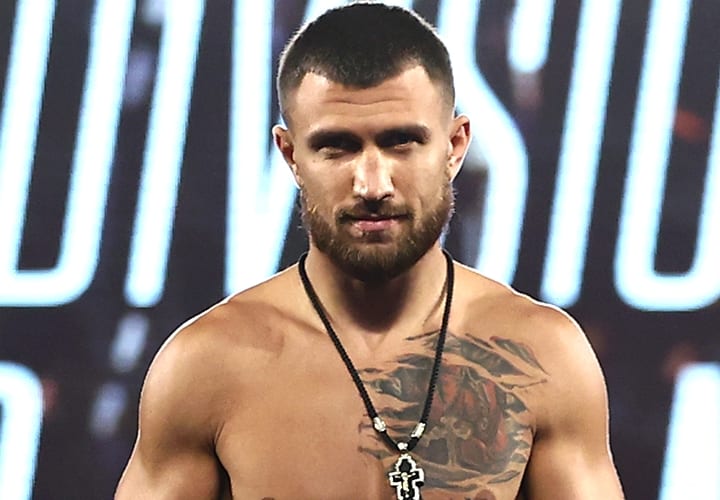 Lomachenko, a two-time Ukrainian Olympic gold medalist and former world champion in three divisions – featherweight, junior lightweight and lightweight – would like to return as soon as October, duBoef said.

However, in mid-March, Lomachenko, who had not yet signed for the fight with Kambosos, bowed out in order to remain at home in Ukraine, where he had joined a territorial defense battalion to help defend his country in the war against Russia, which launched an unprovoked invasion in February.

With Lomachenko out, Kambosos instead faced WBC titlist Devin Haney in a four-belt unification fight for the undisputed title and lost a lopsided decision.

DuBoef said that Lomachenko manager Egis Klimas called Top Rank vice president Carl Moretti this week to tell him that Lomachenko was ready to fight again and would be ready as soon as October.

“We have been respecting Loma’s wishes to serve his country,” duBoef said. “So, we have not looked at fights for him or done anything. We were going to let him tell us when he was ready. We were waiting on him. His camp reached out and said he’d be ready to go in October.”

While there is no set date, site or opponent yet for Lomachenko’s return, there is ample talent in the 135-pound division and duBoef said he was glad he was coming back.

“There’s so much we can do. It’s endless,” duBoef said. “We’re strong in those weight classes (in and around lightweight). He’ll have been out almost a year when he comes back and we don’t know the conditions he’s been in as he has been serving his country. But he is the kind of guy that if you offered him Devin Haney tomorrow he’d probably take it. That’s the way he is. He really wants to get those titles back.”

That would allow Lomachenko to have a return fight this fall to shake off the rust of the layoff and position himself for a possible shot against the Haney-Kambosos II winner.

In October 2020, then two-belt lightweight champion Lomachenko met titleholder Teofimo Lopez to unify their titles and lost an upset decision, after which he underwent surgery on his shoulder, which he said was injured going into the bout. Lopez subsequently lost the belts to Kambosos.

Lomachenko returned in June 2021 and looked sensational in a one-sided ninth-round knockout of Japanese contender Masayoshi Nakatani, which he followed with the rout of Commey.