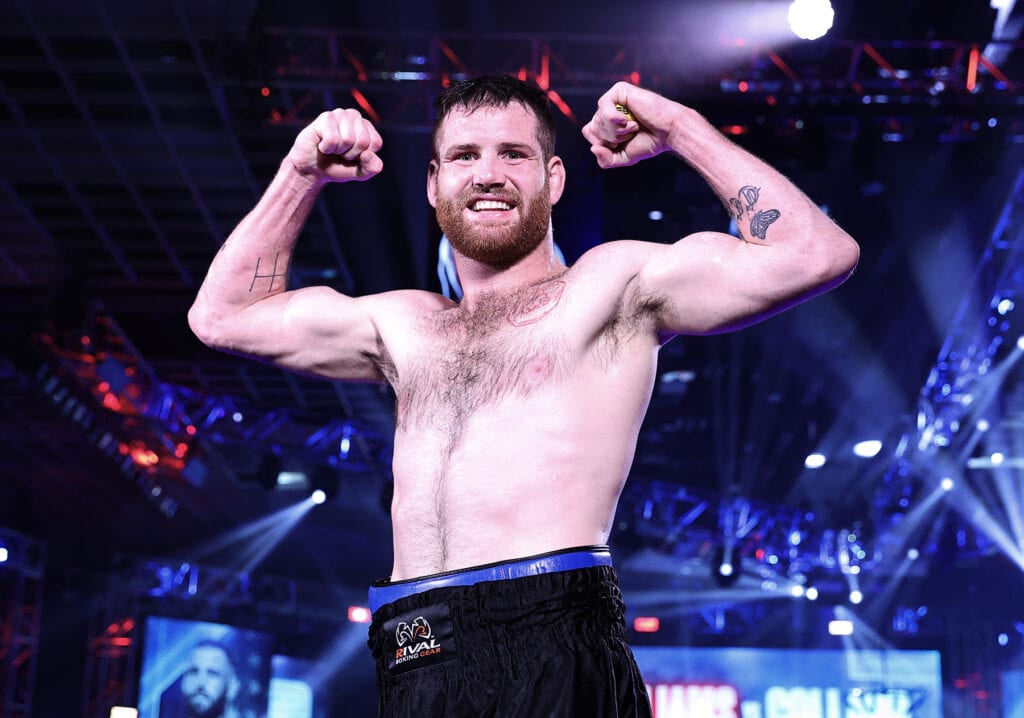 The “Making of Champions” is a podcast that airs every Thursday at 5 pm ET on the Joe Louis Bourbon Facebook Page with Tonya Cole and yours truly. This week’s guest on the program is a return visit from middleweight “Cassius” Clay Collard.  Collard is back in the ring on what shapes up to be a hug card headlined by the unification bout Vasiliy Lomachenko and Teofimo Lopez on October 17th.

On this trip back on the show, one of the questions we asked was the bond he has built up with his coach Ryan Ault.

“Me and Coach (Ault) have been through a lot together,” Collard told us on The Making of Champions. “I mean, almost leaving to coming back, divorces and family issues. we just got each other’s back.”

We had Collard elaborate on the bond he has with Ault as he spoke to us while developing his gym in Idaho.

“In the fight world today everybody so, shady and not loyal, especially in the MMA world. You know, lose a couple of fights and lose their coach and go to different gyms. There’s contracts and people signing things and all of that. Me and coach have never done that. I have never signed any contract with him or paper with him. We shook hands, and that was our agreement. We’ve been through a lot together, and it’s just we’re the dynamic duo. Without coach, there’s no me, and without me, there’s no coach,” Collard said.

Feel free to check out this latest conversation we had with Clay, where we ask as he prepares for his rematch bout against Quincy LaVallais, who he fought to a very debatable split draw last year. We ask him about that, the prospects of being in the running of “Fighter of The Year” and his new moniker, “The 0-snatcher”.

The Making of Champions: 2020's Boxing Phenom "Cassius" Clay Collard is Back!

"Cassius" Clay Collard is on a roll. His tenacity, his determination, and his persistence is making him one of the most talked-about and some might say, feared, young boxers. Even amid the corona virus shutdowns, Clay has not stopped fighting, and winning.