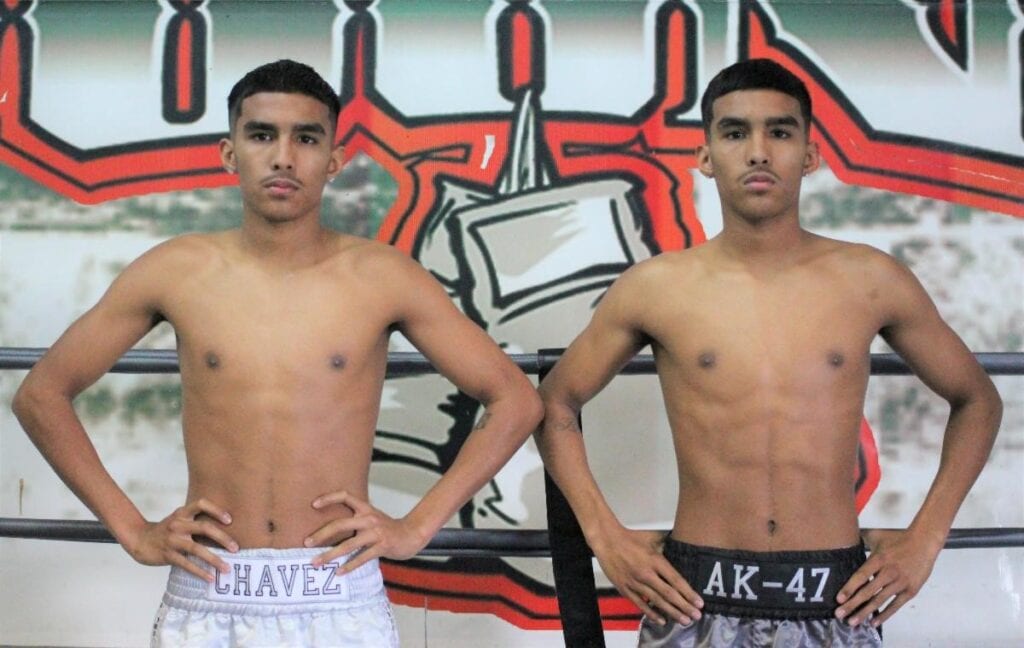 Barrientes Twins to fight on Magsayo-Hermosillo

The telecast begins at 8 p.m. ET/5 p.m. PT and will feature top welterweight prospect Paul Kroll squaring off against rising prospect Luke Santamaria in the 10-round co-main event. The lineup also features the unbeaten Barrientes twins in separate six-round featherweight attractions as Ángel Barrientes takes on Fernando Ibarra and Chávez Barrientes matches up against Ivan Varela.

The event will be promoted by TGB Promotions and will take place without fans in attendance at the Microsoft Theater, an AEG venue, in downtown Los Angeles.

“Saturday, October 3 will feature contenders and prospects putting their unbeaten records on the line as they look for statement victories live on FS1,” said Tom Brown, President of TGB Promotions. “Featherweight contender Mark Magsayo and top welterweight prospect Paul Kroll will aim to impress against stiff competition as Magsayo faces the always tough Rigoberto Hermosillo, while Kroll steps up to battle the fast-rising Luke Santamaria. With the addition of the sensational twin prospects Ángel and Chávez Barrientes in their television debuts, October 3 shapes up as a jam-packed night of action.”

The Filipino sensation Magsayo (20-,0, 14 KOs) fights out of Pasig City, Metro Manila and most recently scored two wins in 2019, knocking out Erick Deztroyer in April and earning a 12-round decision over former world champion Panya Uthok in August. The 25-year-old owns two other 12-round decision wins and a stoppage of former title challenger Chris Avalos. Magsayo will be fighting in the U.S. for the third time on October 3.

Born in Guadalajara, Jalisco, Mexico, Hermosillo (11-2-1, 8 KOs) now trains out of California as he prepares to fight in the U.S. for the fourth straight time. The 28-year-old has fought professionally since 2013 and will look to bounce back from defeats against a pair of unbeaten fighters. He dropped a narrow split-decision to Manny Robles last May, and most recently dropped a decision to Viktor Slavinskyi last November.

A decorated U.S. amateur from the fighter-rich city of Philadelphia, Kroll (7-0, 6 KOs) turned pro in August 2018 with a first-round stoppage of DeAngelo Alcorn. The 25-year-old ended his first four fights inside of two rounds before going to distance and beating then unbeaten Shinard Bunch in August 2019. Most recently, Kroll kicked off his 2020 campaign with a TKO victory over Marcel Rivers in January.

The 22-year-old Santamaria (11-1-1, 7 KOs) returns to action after an August triumph over veteran contender Mykal Fox that saw him drop Fox in round one of their battle on FS1. The Garden Grove, California native had previously won a decision over Willie Jones and fought to a split draw against Marquis Taylor in his 2019 contests. Santamaria is unbeaten in his last 10 fights since his lone loss, a four-round decision in his third pro bout in 2015.

The younger twin by 13 minutes, Ángel Barrientes (2-0, 2 KOs) and his brother were born in Honolulu, Hawaii, and moved to Las Vegas when they were two-years-old. The 18-year-old Ángel turned pro alongside his brother last November with a first-round knockout of Luis Armando Nunez. Ángel had an impressive amateur career winning 14 national tournaments and three international. He will be opposed by the 19-year-old Ibarra (2-3) who hails from Guanajuato, Mexico and fights out of Fairfield, California.

Fresh off of graduating high school with his brother in May, Chávez Barrientes (2-0, 2 KOs) also delivered a first-round knockout in his pro debut last November, stopping Jorge Luis Sedano. Chávez and his brother were first introduced to the sport by their father Richard at an early age, with their interest and skill eventually prompting him to open his own gym. Barrientes will be facing Lindsay, California’s Varela (3-2, 1 KO) in the twins’ first stateside pro fights. The 23-year-old Varela most recently dropped a decision to Anthony Casillas last June.