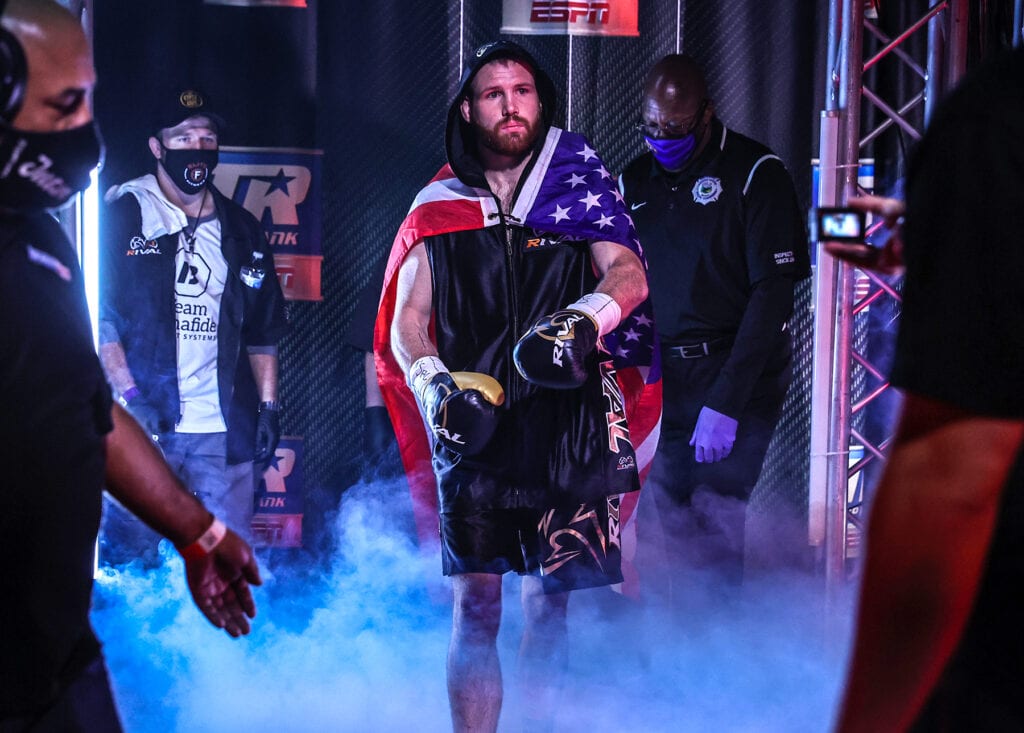 The “Making of Champions” is a podcast that airs every Thursday at 5 pm ET on the Joe Louis Bourbon Facebook Page with Tonya Cole and yours truly. This week’s guest on the program is middleweight “Cassius” Clay Collard as he is in action on August 22nd on the undercard leading up to Eleider Alvarez taking on Joe Smith Jr. in a WBO light heavyweight title eliminator on ESPN+ starting at 7:30 pm ET.

In this week’s episode, we caught up with Collard as he prepares for his third appearance in “The Bubble” against Maurice Williams.  With this being his third time going thru the bubble process, I asked Collard to walk me thru what goes down at the MGM Convention Center leading up to the fight itself.

“We get there, and you have to test immediately,” Collard explained to us on The Making of Champions Podcast. “We get tested for the virus. Then we self-isolate in our hotel room. We can’t leave the hotel room until your test results come back negative. After that, you’re free to walk around the bubble. All of the food and stuff is taken care of for you down at the convention center.”

The safety precautions pretty much mirror what DAZN’s Todd Grisham laid out for on The Big Fight Weekend Podcast. The isolation from everyone and everything is a must during these times as it keeps most of those on the card intact.

Feel free to check out our conversation with Clay on how he switched his nickname to the ‘Cassius” we know him now as. We also find out what made him switch over from mixed martial arts to boxing full-time and a fantastic story on how the promoter for his first fight made him pay for his friends and family to see it.

We also unveil the winners of the contest for the watch party, which includes a free month of DAZN in the episode as well.

Herring-Oquendo back on for Sept. 5
Three Boxing Things I’m Looking forward to 8-14/15
Advertisement
To Top