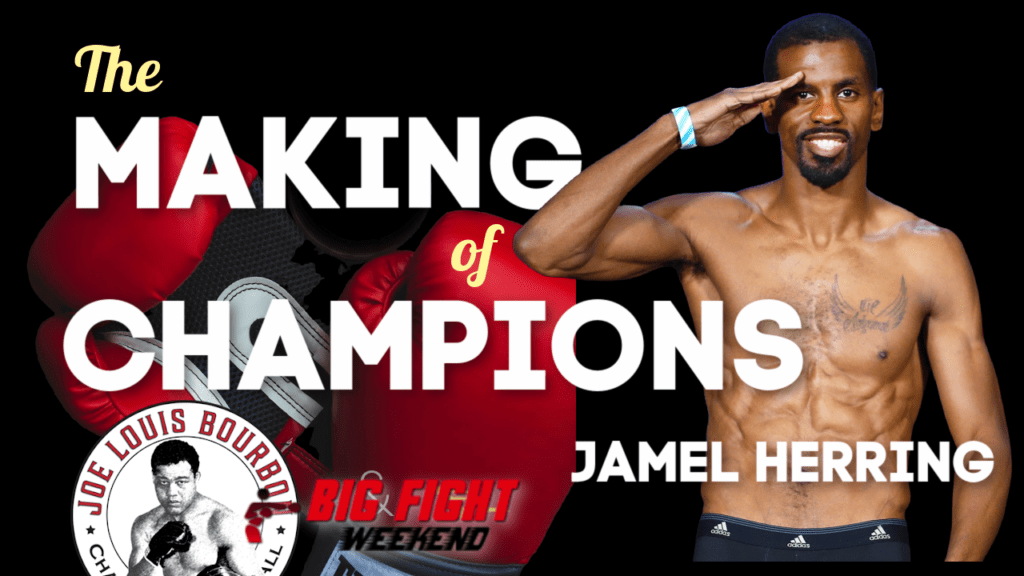 The “Making of Champions” is a podcast that airs every Thursday at 5 pm ET on the Joe Louis Bourbon Facebook Page with Tonya Cole and yours truly. With a new year comes new episodes, and we are joined to kick off the year with WBO Jr. Lightweight champion Jamel “Semper Fi” Herring to kick off this latest episode.

One of the topics we ran by Jamel was his last fight against Johnathan Oquendo, and he reflected on his latest title defense to us.

“I feel like I’m on the redemption trail. We all know that I’ve been through a lot, but people tend to forget. “Herring told us on The Making of Champions Podcast.”I had to fight off COVID-19. Being a champion, you know I still wanted to go through with the fight. The virus is still new, so we didn’t know the up and downs completely about the virus. I was still feeling a bit of the side effects even when I was performing.

The criticism Herring was talking about was his win by disqualification came under fire by the ESPN broadcast call of the fight, which they stated on air that Herring “quit.”  Me and TJ Rives here completely disagree and felt it was a little unfair by the team calling the fight, but that is all water under the bridge, and Herring is looking to redeem himself against former titleholder Carl Frampton.

Great run with my team, in this high elevation. Despite of everything I wake up everyday grateful, and motivated. #SemperFi ? pic.twitter.com/IYe5JuFma1

Speaking on the Frampton fight. It was originally in January, but the current pandemic lockdown has halted that from happening in the United Kingdom. We asked Herring what the status was on that fight for his next defense.

“Technically, I’m scheduled to fight Frampton in London sometime in the end of February. When I spoke with my advisors at MTK Global, they just told me to continue on the schedule that I’ve been on, and hopefully, the thing will be cleared up with the situation that leaves sometime by the beginning of February,” Herring said.

Check out our latest episode with Jamel as he gives us his thoughts on what motivates him, his time on the 2012 USA Olympic team, his family, and his work with the Special Olympics. We also speak on his interactions with prior guests Clay Collard and Lamont Roach Jr.

While you’re there, feel free to subscribe to the Youtube page for all things Making of Champions and Joe Louis!.