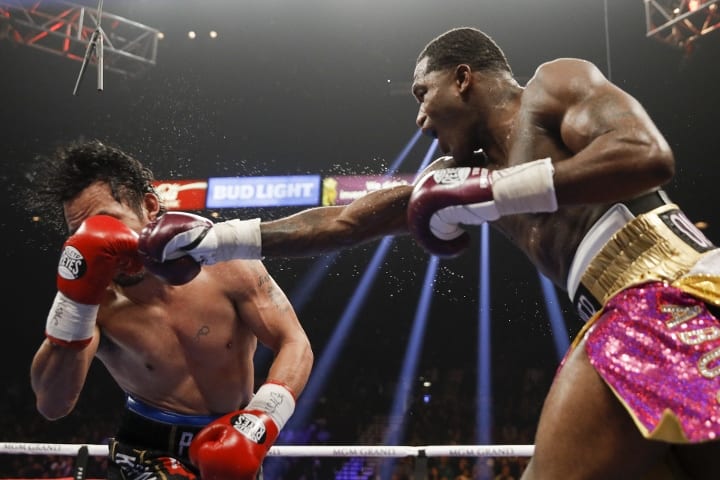 My #Bronerwatch is back in effect as former four-division champion Adrien Broner is in action as he headlines the Showtime Championship Boxing card on February 13 against Pedro Campa.

The Athletic’s Mike Coppinger dropped this info off in the wee hours Friday morning, and Jake Donovan of Boxingscne have confirmed the fight proceedings.  Earlier in the week, Fernando “Barbosabox” Barbosa of ESPN Knockout floated out this name as well.

When we last wrote about Broner (33-4-1, 24KOs), we reported how his fight’s undercard will feature the heavyweight contest of Otto Wallin taking on Dominic Breazele in the chief supporting bout this card that is not confirmed yet location wise. For Valentine’s Day weekend. Broner was recently seen training in South Florida alongside Xander Zayas, who ironically is also in action the same weekend against James Martin on the  Smith- Maksim Vlasov undercard.

Despite Broner’s last loss in action against Manny Pacquiao back in January of 2019,  “La Roca” has had just as long of a layoff. His last bout was in October of 2019 for the Hermosillo, Mexico native, and will be a huge step in the caliber of competition for him.  Campa has been seen on television as I found his stoppage win from 2017 against Marvin Quintero below from 2017.

This bout is a get-back fight for Broner to get in the mix. One of the names floated around was Ivan Redkach, who I thought was going to be the first person back against Broner, but Redkach tweeted to me that wasn’t the case.  I’m assuming Redkach has to be somewhere down the line for Broner as he looks to get back into the ring himself in 2021 following his loss last year to Danny Garcia.

Not @AdrienBroner he has a opponent from Argentina ???

It also mentioned in the Boxingscnene story from Jake that they’ll be a ShoBox Card mid-week leading into this contest as well.  More boxing, the better for all!

Grab your seat on the Still Adjusting To Fame Tour bus as it’s back up and running for 2021.