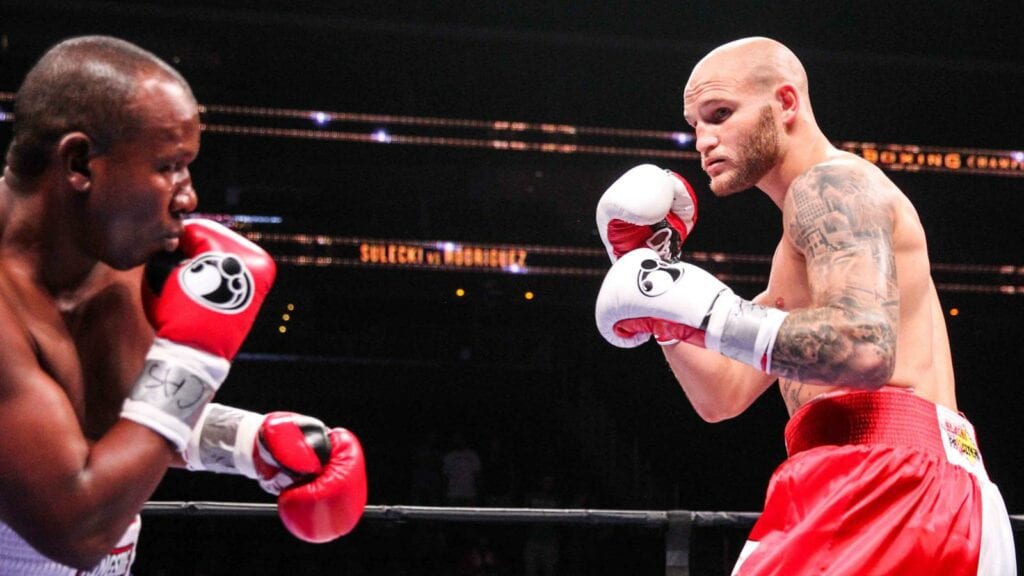 Maciej Sulecki Out of Jamie Munguia Bout Due To Injury

Mike Coppinger of The Athletic tweeted out this morning that Sulecki  (29-2, 11 KOs), who was slated to face Munguia in El Paso, Texas on April 24, sustained an injury and is no longer available for the main event that would air on the streaming service DAZN.

Most have seen Sulecki lately challenge Demetrius Andrade unsuccessfully for his WBO title in his hometown bout of Providence back in 2019, losing by unanimous decision. Usually hanging in the top ten of middleweight contenders, Sulecki would’ve been the toughest test for Munguia and was looking to use this contest to get him another crack at the title.

***D’Mitrius Ballard is promoted by Golden Boy and coming off a draw with Yamaguchi Falcao https://t.co/HBASgn7cvd

So what happened to Sulecki? The reasons weren’t specified to Cppinger or Jake Donovan of Boxingscene why. One theory you could point to his the time and preparation as Donovan wrote the time of being informed of the fight was that the date was just six weeks out, with such a period including quarantine time upon arriving in the United States would be too short to prepare for a fight against the highly ranked Munguia.

So who could step in to replace Sulecki? Coppinger spitballed the name of D’Mitrius Ballard, last in action to a majority draw to Yamaguchi Falcao back in December. Both are under the Golden Boy promotional banner, and for Munguia would still be a step up for him, just not as big as the one Sulecki would’ve been.

It would be worth noting that since Andrade has hinted at in talks moving up to super-middleweight, the contest winner would likely be on the shortlist if he vacates. Andrade is currently slated to take on current mandatory Liam Willams at the Hard Rock Casino and Hotel in Hollywood, Florida, on April 17.