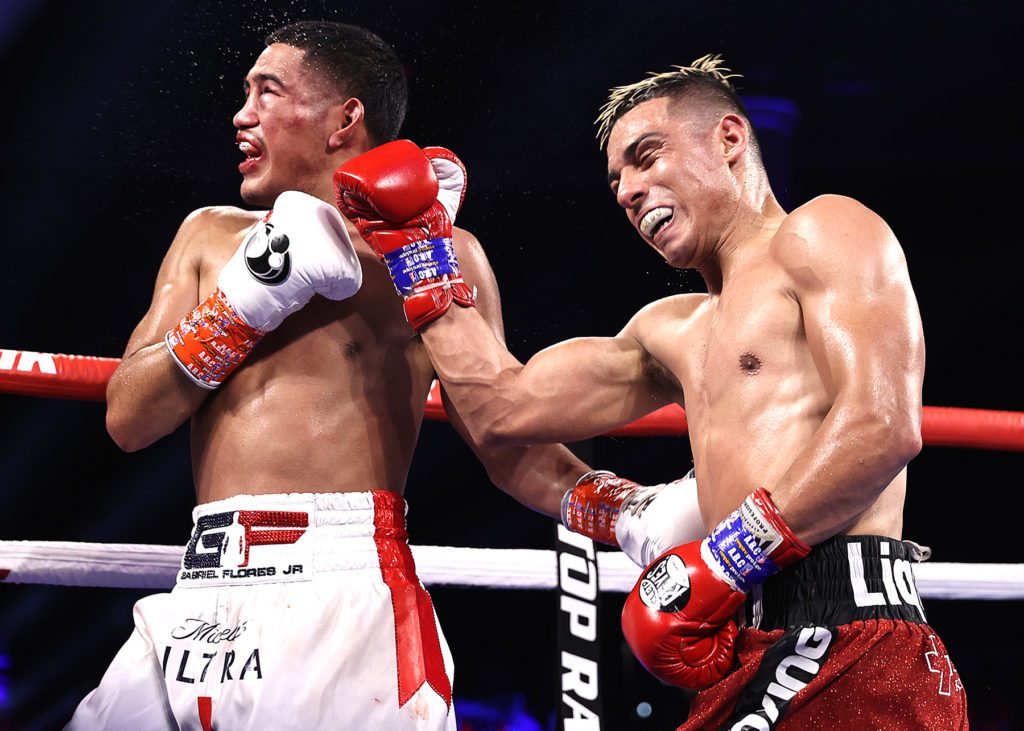 Luis Alberto Lopez came in on a mission, and that was what played out over thirty minutes as he dismantled prospect Gabriel Flores Jr. Friday to a wide unanimous decision victory in the Top Rank Boxing co-feature that aired on ESPN+.

The final scorecards were 100-90 x 2 and 98-92, all in favor of Lopez in a fight that wasn’t anything other than one way traffic from the hands of Lopez as he moves to 23-2while this is the first loss for Flores Jr. (20-1, 7 KOs). Lopez did this in the co-main event on Oscar Valdez-Robson Conceicao undercard in Tucson, Arizona.

The game plan for Lopez was simple as he was able to walk down Flores, who had no answers to anything that Lopez was doing in the ring with his constant pressure. That pressure as the fight wore on worked in his favor as his lack of concern for Flores, and his power made this the lopsided beatdown it was.

It was so bad, Lopez’s dad threw the towel in late in the final round, but the referee didn’t see it. Everyone watching this fight will admit that this fight easily didn’t have to go all ten rounds. Lopez was waiting for an incompetent referee job and a headstrong father/son duo to put an end to it, but that didn’t come.

Flores, while game for this fight, was outgunned, outmatched, and outworked by Lopez. After the fight, Flores gave the following to Mark Kriegel:

“I give a lot of respect to this man. He’s a 126-pounder, and he fought me at 130. I was talking all that sh*t, and I meant it. And I knew what I was saying was true. I just couldn’t pull it off tonight. This man should be fighting for a world title if he wants to fight for one at 126 because he was fighting at 130, and he’s a true 126-pounder. He fuc*ing embarrassed me, and for me, he was fuc*ing my body up. But I wasn’t hurt. I give it up to him.

While this isn’t the end of the career for the Stockton fighter, it is the end of the twenty-fight win streak he amassed. This is a fight he’ll have to go back to the drawing board as he wasn’t ready at all for this one.