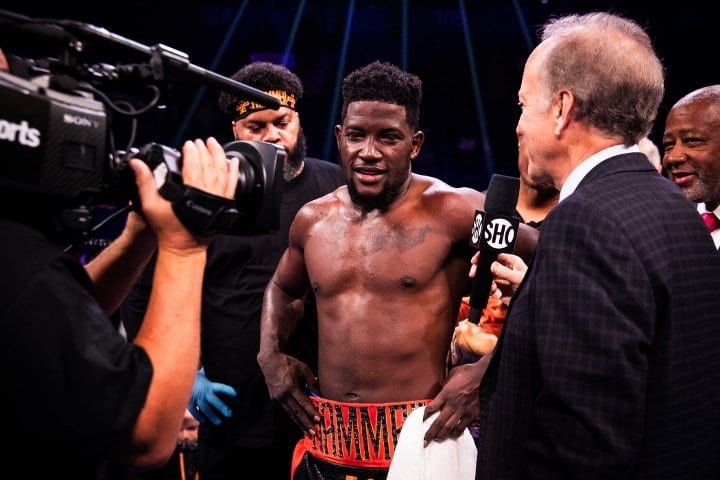 Lubin is on a path to rematch Charlo

Lubin (22-1, 16 KOs) won his fourth straight fight since a knockout loss to Jermell Charlo in a title challenge in 2017. The 24-year-old landed 42 percent of his power shots en route to the wide decision, scored 99-91 by all three judges.

The southpaw relied on a suburb left hook, attacking from a variety of angles against the durable Gallimore (21-4-1, 17 KOs) as he improved to 4-0 since beginning to train with southpaw specialist Kevin Cunningham.

“I had a tremendous training camp thanks to Kevin Cunningham,” Lubin said. “At first we had Terrell Gausha but he fell out due to his injury. I appreciate Gallimore for stepping up to the plate. He gave me a tough fight and I appreciate it. We gave the fans what they wanted. I measured him. I just timed him and I was able to land my power shots.

“Kevin is a real strict trainer and he’s a southpaw specialist. We’re just improving our game every camp. I definitely want Jermell Charlo again. My goal is to get revenge.”

Lubin’s trainer Kevin Cunningham was satisfied with his fighter, who was pushed past the fifth round for the first time in more than three years in the ring.

“He’s always been a hell of a fighter and I just wanted to fine tune and refine the skill set,” Cunningham said. “He can do everything that you can teach. He’s the total package. He’s got power, he’s got speed, he’s got footwork. He’s more than a brawler. He’s a skillful fighter with power.

“He’s ready for all the top guys in the division. The guys with belts are what he wants.”

Lubin is been on a tear training with Cunningham and has been on a winning streak. Let’s see if this helps him get back up the ranks for a chance for revenge and a title shot in 2020.

What’s left for Shakur Stevenson at featherweight?
Prograis-Taylor Saturday was great for boxing
Advertisement
To Top