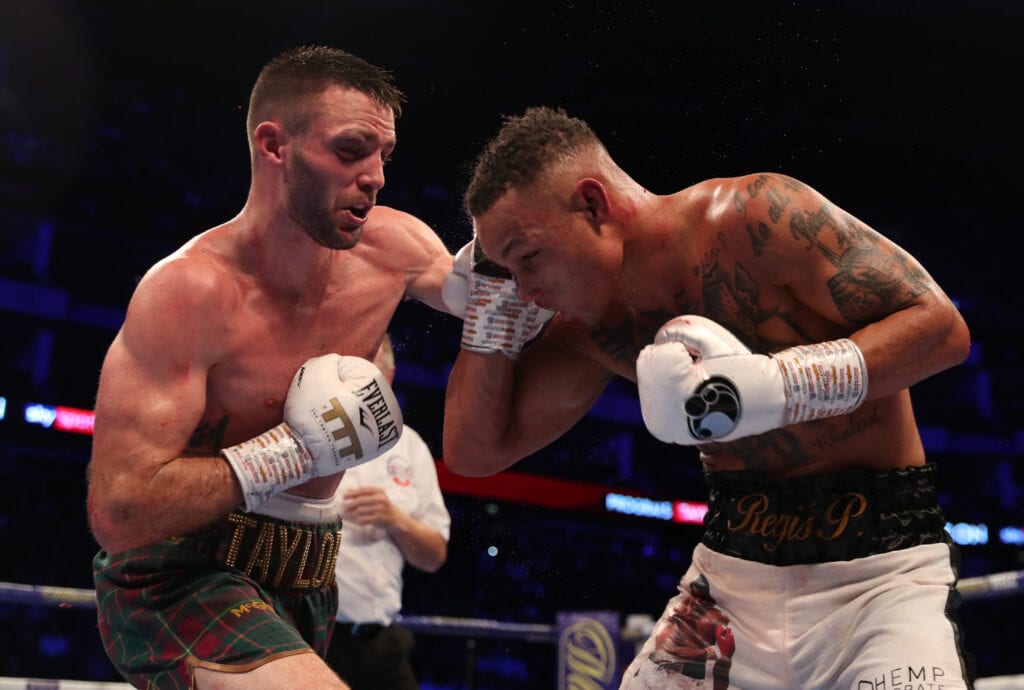 Prograis-Taylor Saturday was great for boxing

(Off of Scotland’s Josh Taylor winning the World Boxing Super Series Jr. Welterweight finale’ Saturday night in London, England’s David Payne, aka “The Boxing Writer,” had some thoughts from his site BoxingWriter.Co.UK on what his tremendous 12 round battle with American Regis Prograis reminded him of.)

Note to self. Remember to watch the boxing.

Boxing is a remarkably simple premise. One for whom meritocracy should be its preeminent mode of governance. Instead, as it has always been, it is widely subverted by the politics of television and the opportunism of oily raconteurs.

The sweet science, like the lost and vulnerable it attracts, is too willing to comply to their whims and persuasion. Lowering its lofty brow from the high theatre it is capable of to the tawdry soap opera fighters and fans endure in order to unearth gems like Josh Taylor v Regis Prograis hidden beneath.

Vital then to cherish notable performances like the one we all witnessed on Saturday night. A glistening example of the sport’s original nobility and one which transcends the nonsense and malevolence that it is all too frequently consumed by.

It isn’t the baubles awarded or the purses earned that electrifies, that makes heroes of the fighters we follow. It is the action. The courage. How a fight can make you feel. How the brilliance and bravery of two men probes the senses, elevates the pulse and connects with our emotions at a more rudimentary level than any other spectator experience can.

On Saturday night, in the giant tent of London’s O2, Scotland’s Josh Taylor and American Regis Prograis provided just such a performance. One that will be remembered long after both are retired. This may yet prove to be the zenith for both, they may never clamber to this peak again. Every visit to a summit as high as the one they pushed and cajoled each other to on Saturday always diminishes those who plant the flags.

But heck, what a view it must be from up there.

For the climb itself served as a timely reminder of just how beautiful and intoxicating boxing can be for those watching, and how vital testing the extent of your ability is to any pugilist worth his salt.

An enormous thank you from this previously beleaguered fight fan.