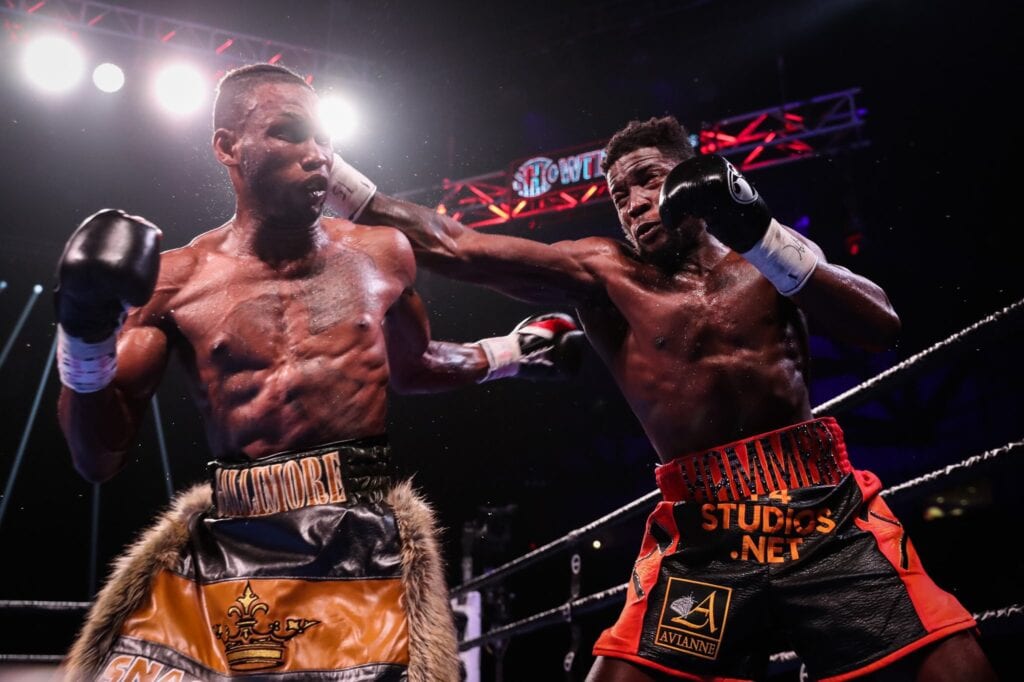 Lubin dominant over Gallimore in Reading

Showtime had in its main event in Reading, Pa. Erickson Lubin Saturday night live up to his nickname hammering replacement Nathaniel Gallimore to a unanimous decision victory.

The Premier Boxing Champions contest was an impressive showing for the 23-year old Lubin after ten rounds on the scorecards won easily 99-91 on all three judges scorecards.

For Gallimore, the southpaw Lubin was tough to figure out, and it didn’t help that Lubin for most of the fight was able to take control of rounds, often having Gallimore hurt in pockets of the contest. The trash talk leading into the opening bell didn’t play out early on in this contest, leading to a smattering of boo-birds in the fight.

.@EricksonHammerL puts on a complete performance and earns a UD win over Gallimore. #LubinGallimore pic.twitter.com/8bO2piPjQZ

“I appreciate Gallimore for stepping up to the plate. He gave me a tough fight, and I appreciate it. We gave the fans what they wanted. I measured him. I just timed him, and I was able to land my power shows.

Gallimore was a late-replacement in this contest, as original challenger Terrel Gausha had to have hand surgery and was unable to compete.

“Lubin was slick and I just couldn’t get my punches off;”  Gallimore mentioned, who took the fight on less than four weeks’ notice. “He was the better man tonight, but I will be back and better. I was never hurt during the fight. We bumped legs a couple times and he was able to land a couple shots while I was off balance. It’s always difficult to fight a southpaw.”

That showed in the fight numbers in the fight as well as the final punch totals for the battle showed Lubin landing 137 of 471 punches, while Gallimore was only able to connect on 66 out of 419.

Lubin took the post-fight opportunity to poke at Gausha.

“I had a tremendous training camp thanks to Kevin Cunningham,” Lubin noted of the veteran trainer who joined his team last June. “At first we had Terrell Gausha but he fell out due to an injury. I don’t know what happened. I think he’s pregnant or something.

We all know to call a grown man a female is fighting words 101. We’ll see if Gashua after the hand surgery is next in line for Lubin as he climbs back into the title picture at 154.