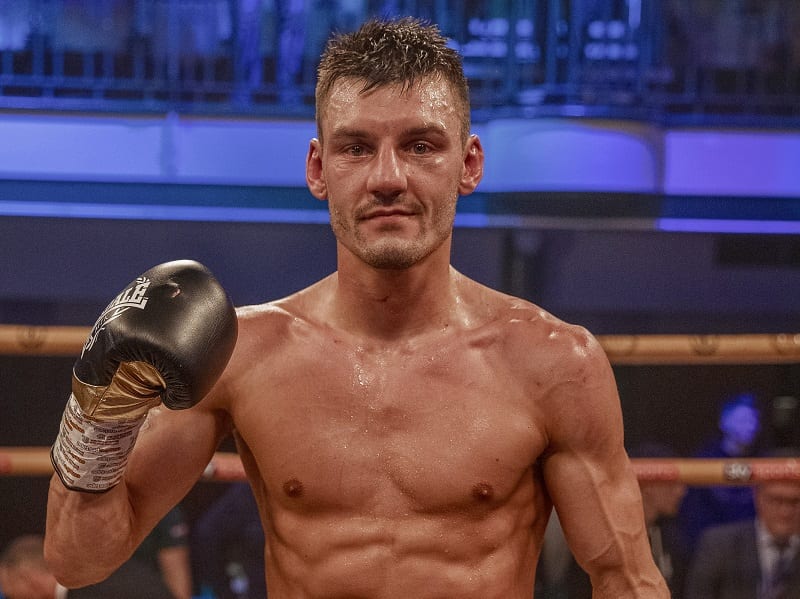 Leigh Wood is not satisfied with being the British champion. After securing the Lonsdale featherweight strap in February following an emphatic stoppage of Reece Mould, Wood is eager to progress.

His form in the last three years has been very impressed with his only setback being a narrow points loss to Liverpool’s James Dickens in a thrilling battle that was arguably the highlight of MTK’s Golden Contract tournament.

Dave Coldwell, Wood’s manager, is confident that his man can achieve even more.

How it started | How it’s going pic.twitter.com/uETlrwMYe3

“Believe me, Leigh is a very ambitious fighter,” revealed Coldwell. “When I started working with him it was clear he wanted to operate at a high level and our plan was to get him there through the MTK competition. Although the fight with Dickens didn’t go his way, Leigh gave a brilliant account of himself and he wasn’t going to let that setback get in the way. He still wants to show everyone he’s capable of going to the top level and I’m hoping his recent win over Mould can give him the platform to push on to where I believe he can get to.”

Coldwell added, “The featherweight division, both domestically and on the international scene, is a very exciting weight class and I see plenty of potentially great fights for Leigh. There’s some interesting fights coming up that I like the look of and in my role as Leigh’s manager, I’ll definitely be throwing his name in for big opportunities. He impressed a lot of people against Mould, but there’s a lot more to come from him and you’ll hopefully see that this year.”