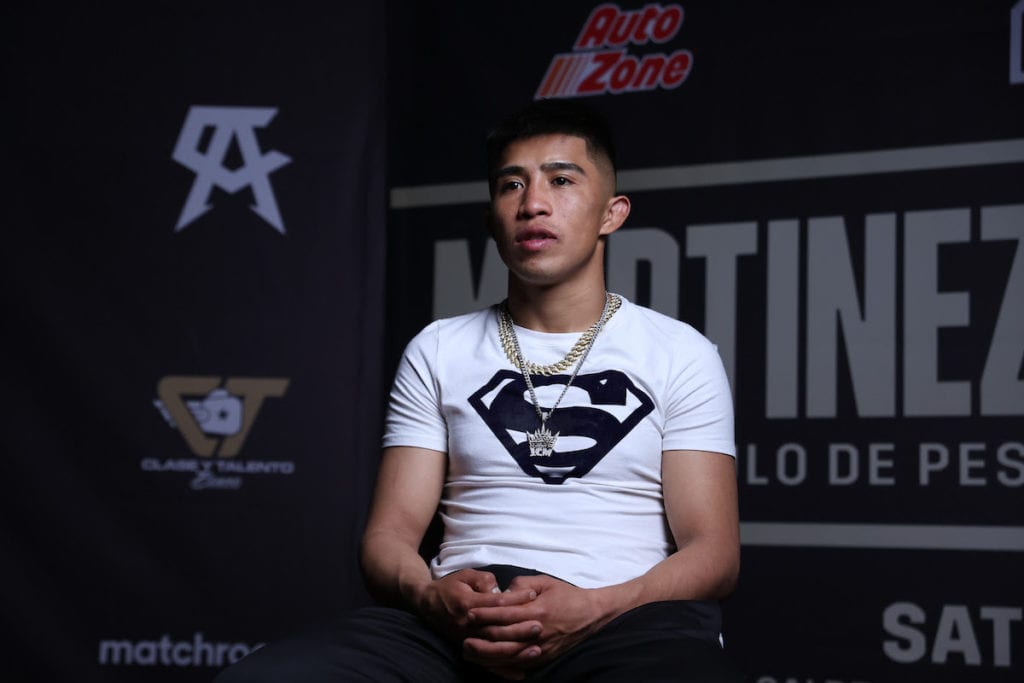 With scrambling taking place over the past few days since WBA World Super Flyweight champ Juan Francisco Estrada tested positive for Covid 19, Matchroom Boxing has come up with a bonafide star to move up in weight and battle Roman “Chocolatito” Gonzalez instead.

🗣 "On March 5, we will bring you an absolute thriller!"

“Can you imagine if our little crazy Flyweight World Champion Julio Cesar Martinez would step up to the plate?…. Chocolatitio wouldn’t take that would he against the dangerous Mexican?  Would Eddy Reynoso step up and take a fight against a pound for pound great? Both camps said, yes.

On March 5th from San Diego, we will bring you an absolute thriller on DAZN,” Hearn said in the video.

Martinez was last in action in June, when he defended his 112 lb. world title with a sixth round beating of overmatched Joel Cordova in Guadalajara, Mexico. “El Rey” 18-1 (14 KOs) has now defended his Featherweight title three times and is now willing to be part of a huge interest battle at 115 lb.

Hearn revealed that he had only been informed that Estrada had Covid 19 and couldn’t train properly this past weekend. So, he obviously acted quickly to make the replacement bout happen.

As we wrote earlier Tuesday, another fighter being considered to replace Estrada  was WBA “regular” Super Featherweight champ, Joshua Franco of Texas. However, they never got an offer to meet Chocolatito.

Gonzalez is 50-3, 41 KOs and is one of the most exciting knockout fighters in the world at the smallest  classes.He and Estrada fought a thrilling, action punching bout in Texas last March with Estrada nosing out Gonzalez on a decision.

A trilogy fight would still be very intriguing if it happens, but “El Rey” and “Chocolatito” will have it’s own interest coming up.