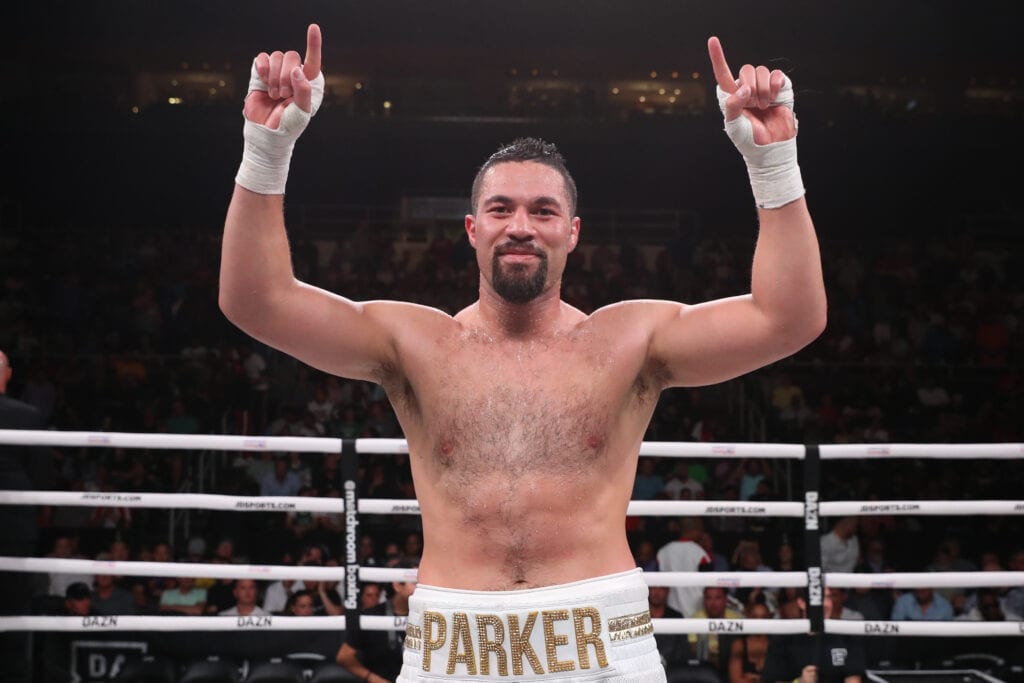 Former WBO Heavyweight champion Joseph Parker was hoping to make some kind of statement in his home country Saturday night during his contender battle with Junior Fa. Unfortunately, for the Kiwi, he did little to impress over 12 rounds while still getting an easy decision win.

Both fighters were in the ring at the Spark Arena in Auckland, New Zealand for an early morning U.S. time Saturday showdown that had been delayed for three months due to a non-Covid 19 illness for Fa.

Into round ? and this is just too close to call ?#ParkerFa pic.twitter.com/dTnTojAPsR

The 29 year-old Parker who is now 28 – 2, 21 KOs, did get the better of most of the exchanges and eventually, opened a small cut over Fa’s left eye by midway through the fight

Fighting for the first time in 12 months, Parker’s best punch was his right hand, which he landed occasionally as the bout went on. Fans in attendance roared several times ,when Parker made anything happen and obviously, that had some effect on the judging.

Neither fighter was knocked down or appeared to be seriously hurt throughout the bout with Fa trying to show a rally in the 10th round. This fight was a battle of two guys who each beaten the other twice in the amateur ranks.

And, in the end Parker did enough to get the wide unanimous decision. But, clearly the two of the scorecards having it 11-1 and 9-3 in rounds were way too one-sided, and that has been a problem throughout worldwide boxing judging over the last few weeks.

In his post fight, in ring interview Parker said,

“Fa and his team did a great job. They came here to fight. They came here 100% ready for the fight. It was a lot closer than we expected. He put on a great, great performance…There’s a lot of things that we have to go back and work on. And it just shows a lot of ring rust from both fighters not being in the ring.”

As we wrote previously, Parker now hopes to be in the mix for the WBO belt he once held hoping for a possible title shot somewhere later in 2021 or 2022. He previously won the vacant WBO belt in December of 2016 decisioning Andy Ruiz in the same Spark Arena.  In 2017 he defended it twice before unified Champion Anthony Joshua beat Parker over 12 rounds  in March 2019.

Parker also lost his next fight to English Contender Dillian Whyte three months later, but has been  hopeful of getting a title shot at some point.

For now former Cruiserweight World Champion Olexander Usyk is the number one WBO Contender, and it’s expected that he will be fighting Britain’s unbeaten #2 ranked Joe Joyce later this Spring or early Summer.

The winner of that fight will be declared the “interim WBO champion.” and if Joshua does not fight that winner likely by the end of 2021, he will be elevated to their world champion status.