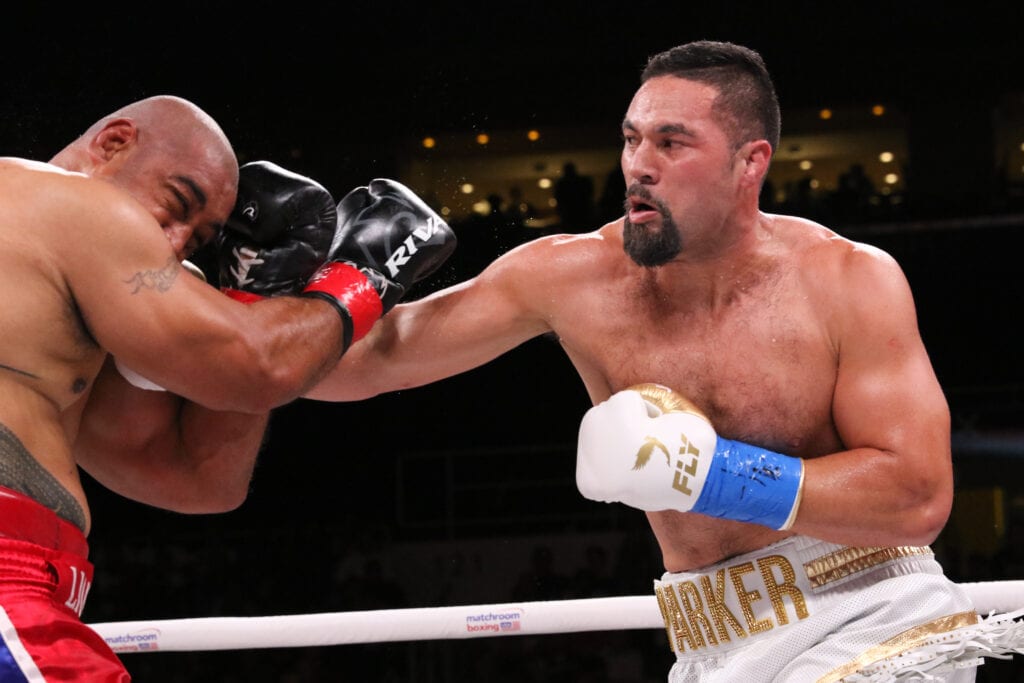 The jockeying for position for a potential vacant WBO Heavyweight title fight is well under way. And now, former champ Joseph Parker wants to be part of the discussion.

The management team for the New Zealander Parker, who’s December bout with Joseph FA is postponed due to Fa having to have surgery, made it clear Tuesday that they want to be in the discussion with number one contender Oleksandr Usyk for a possible vacant belt title shot in 2021.

In an item that ran on Sky Sports Tuesday, Parker’s manager David Higgins told them that they believe they are the worthy challenger to Usyk’s number one ranking, and are lobbying Usyk’s team to make it happen,

“If AJ vacates, we would love to fight Usyk for the vacant title and it’s a matter I’ve specifically discussed with [Usyk’s team] Egis Klimas and Alexander Krassyuk” Higgins told Sky.

“I’ve done business with Krassyuk before and he was straightforward to deal with. They said that they would like to see that fight happen and so would we.

“Joseph will be putting his hand up hard and fast and jump at any opportunity to fight for a title again. It’s a matter of seeing how the cards fall with Joshua and the WBO, but we’ve already written to the WBO, putting forward our lobbying case.”

The “AJ’ is Unified champ, Anthony Joshua, who is scheduled to next fight on December 12th.

And, it is highly unlikely that Joshua will be able to fight Usyk in the first six months of 2021. This is because, if he goes ahead and likely defeats IBF number one challenger, Kubrat Pulev on the 12th, Joshua intends to try to fight WBC Heavyweight champion, Tyson Fury, in an Undisputed bout.

Usyk has been waiting for over six months, as the number one contender to get an offer to fight for their Championship. So, the WBO will very likely strip Joshua of the belt early next year.

Now, English unbeaten heavyweight Joe Joyce believes that any matchup for the vacant WBO belt should include him. This after he upset fellow unbeaten Brit, Daniel Dubois, with a 10th round TKO Saturday night in London. Dubois had been the WBO’s number two ranked contender just behind Usyk when he suffered his first pro loss.

That’s where the 35 year-old Joyce and the former WBO champ (2016-18) Parker come into play for who would be Usyk’s vacant championship foe.

For his part, the Ukranian Usyk, the former Undisputed World Cruiserweight Champ, just won his second Heavyweight bout in November. That’s when he decisioned veteran Dereck Chisora over 12 rounds.

Meanwhile, Joyce’s promoter, Frank Warren of Queensberry Promotions, made clear Saturday night that they believe they will be 2nd ranked by the WBO and ready to fight Usyk early in 2021.

As for now, Parker hopes to be able to fight Fa potentially in January or early February to make the same type of statement that Joyce did Saturday.

Saunders Not Over Looking Murray
Adams Taking On Duversonne On Ring City
Advertisement
To Top
We use cookies to ensure that we give you the best experience on our website. If you continue to use this site we will assume that you are happy with it.OkPrivacy policy