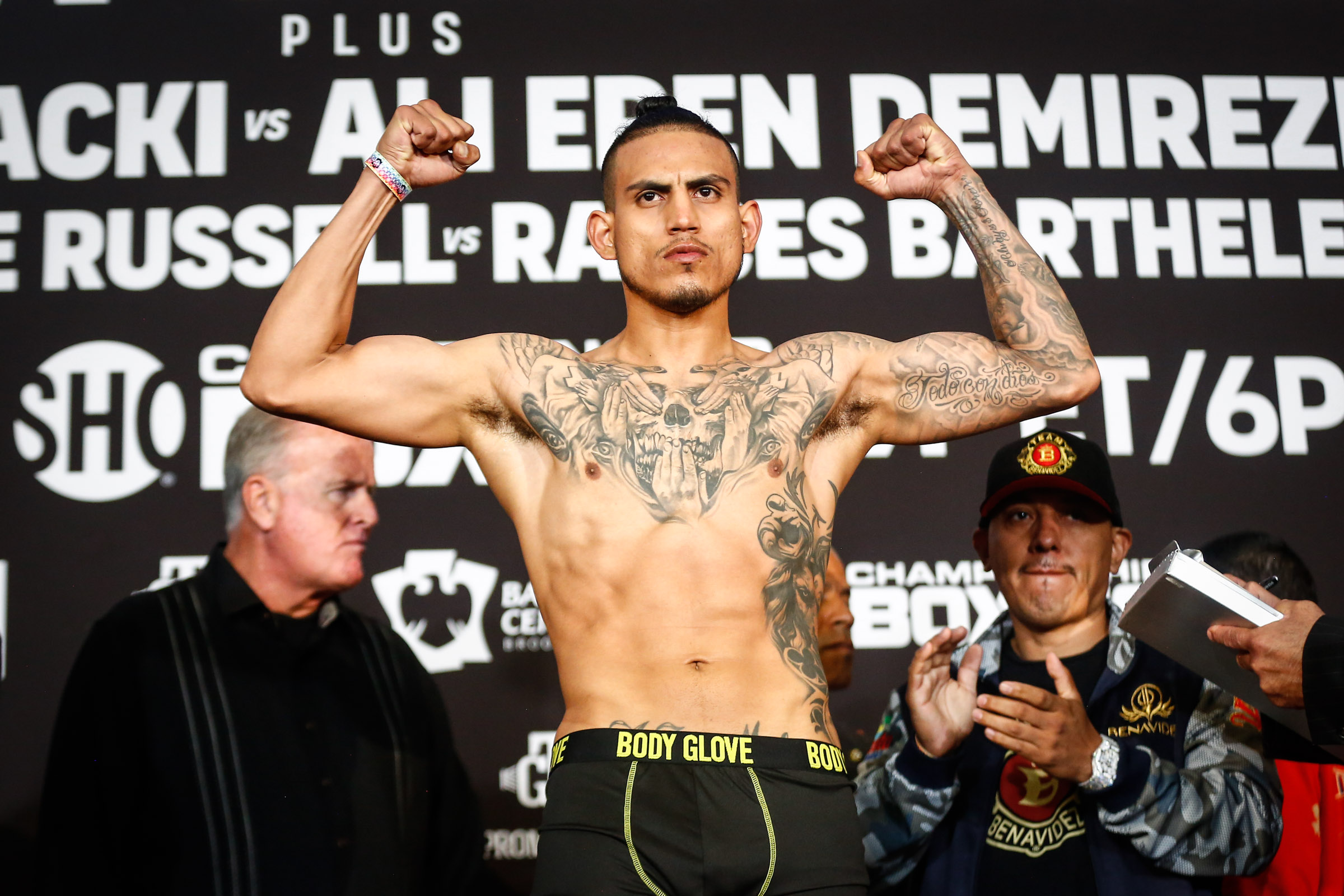 When Jose Benavidez Jr. turned pro in 2010, he did so as a teenage prodigy with a 120-5 amateur record and 11 national titles.

He won a 2009 National Golden Gloves title at 16 — the youngest to ever do so — and was considered a shoe-in for a spot on the 2012 U.S. Olympic team had he remained amateur. But, he wanted to go pro and was so highly thought of that he was granted a special waiver by the Nevada State Athletic Commission to have his professional debut at age 17 instead of the typical 18.

But, that was then and this is now.

Benavidez never lived up to the massive hype and then saw his life and career turned upside down when he was shot in the leg while out for a walk one morning in August 2016 in a case that remains unsolved. He did not fight for 19 months and when he did return the leg was clearly an issue.

He was still with Top Rank then and after two wins on the comeback trail — and with Top Rank having nobody else of remote note at welterweight to offer to WBO titlist Terence Crawford — the company gave Benavidez a title shot in October 2018.

Benavidez showed tremendous toughness but he was outclassed and got knocked out in the 12th round for his first defeat.

A nearly three-year layoff followed until he returned with Premier Boxing Champions, which also works with younger brother and undefeated two-time super middleweight titlist David Benavidez, and looked dreadful in a generous 10-round draw with journeyman Francisco Torres in a November middleweight bout.

Now, Benavidez returns as a big-time underdog against former welterweight and unified junior welterweight titlist Danny Garcia, who is coming off a 19-month layoff and moving up to junior middleweight for the 12-rounder that will headline a PBC tripleheader on Saturday (Showtime, 9 p.m. ET) at Barclays Center in Brooklyn, New York.

Watch us preview Garcia-Benavidez on our BetUS Boxing Friday show by clicking below,

Benavidez claims that his leg is fine, as if he would say anything otherwise.

“I’m glad that Danny is confident. He’s going to find out on Saturday that 154 pounds isn’t for him,” Benavidez said. “I fought Terence Crawford on one leg and gave him a fight. I know what I’m capable of and I’m going to fight like that. … My leg feels great.”

“This is a great opportunity for Jose to show his talent. He has to look impressive in order to go to the next level,” Benavidez Sr. said. “I want to thank team Garcia for the opportunity. We’re facing a monster. But that just motivated us even more. When Jose beats Danny Garcia, he’ll be at the top and open up for bigger opportunities. Jose has matured a lot and he’s super motivated.”

‘I’m glad that Danny is confident. He’s going to find out on Saturday that 154 pounds isn’t for him.’ — Jose Benavidez Jr.

Benavidez (27-1-1, 18 KOs), 30, of Phoenix, has portrayed immense confidence going into the fight, just as he did when he squared off with Crawford.

“I’m ready. I feel strong and I’m happy to be here. It’s exciting to be fighting in this big arena,” he said. “I’m ready to show the world that I’m the one at 154 pounds. I’m the bigger guy at this weight. I’m confident, I’m strong and I’m ready. This is a new and improved me. Nobody is going to touch me.

“I don’t have to look impressive. I’m going to show what I am. I’m a beast. I know where my talent is and I’m going to make it look easy. I respect Danny Garcia, but his dad (and trainer Angel Garcia) talks too much.”

While Danny Garcia (36-3, 21 KOs), 34, of Philadelphia, rarely has anything bad to say about his opponents, Angel Garcia is another story. He always plays the bad cop role and likes to rag on his son’s opponents. It has been no different with Benavidez.

“Jose Benavidez Jr. is not a skillful fighter,” Angel Garcia said. “He can’t fight going backwards. He doesn’t have any skill. He doesn’t dip. He doesn’t slip. He doesn’t duck hits. He just comes forward, I guess. I don’t know what they’re teaching him. I teach perfection. I don’t teach just going in and getting beat up.”

Benavidez claimed he is not paying any attention to Angel Garcia’s steady stream of insults.

“They can think what they want to think. I know what I’m capable of and I’m going to prove it on Saturday,” he said. “I’m only focused on my work ethic and I’ve been training hard for this fight. To me, the talk is just a game. I respect everyone. I’m more mature now.

“I’ve grown and I only care about what I’m going to do on Saturday. This is going to be the end of the ‘Danny Garcia Show.’”

Will Chris Billiam-Smith Put On Show In Front Of Home Fans?
Jake Paul PPV Off Due To Hasim Rahman Weight Issues
Advertisement
To Top