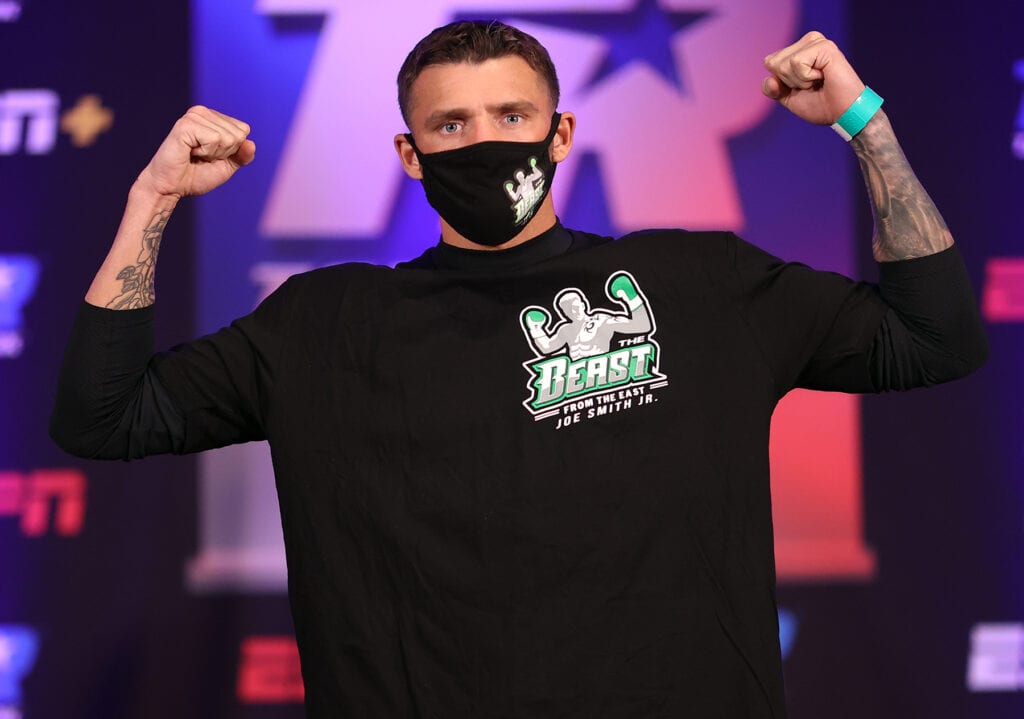 It was announced today that Joe Smith Jr’s highly anticipated WBO World Championship defense against  Umar Salamov will be postponed due to Smith Jr. testing positive for COVID-19. The fight, scheduled for October 30th, which was set to be officially announced this week and expected to sell out quickly, as we received numerous inquiries coming from fans looking to purchase tickets to the “Common Man’s” triumphant return to NY for his first title defense. A rescheduled fight date will be announced soon from the original date held of October 30th..

Joe Smith Jr. had this to say about the disappointing news in a release, “I was in camp working hard. I am very disappointed that I won’t be able to defend my title in October due to having COVID. When I am better I will be back in the gym preparing to fight as soon as I can and put on a great show for all my fans.”

“He's still in bed, he's not doing too well. He's trying to recuperate; worrisome because he really was very, very ill.”https://t.co/7y843GKyhg

Star Boxing CEO Joe Deguardia chimed, “We are disappointed that we must postpone Joe Smith’s first world title defense in front of his dedicated New York fanbase.” DeGuardia continued, “Currently, our sole focus is to make sure that Joe is healthy and we wish him a speedy recovery. News on a rescheduled fight date will be announced soon.”

“He’s still in bed, he’s not doing too well,” DeGuardia said to ESPN. “He’s trying to recuperate; worrisome because he really was very, very ill. We’re going to see how Joe feels this week so we can figure which date will make the most sense.”

The 32-year-old Smith has been on a career resurgence since losing his shot at the WBA title against Dimtri Bivol in 2019. He recently won the vacant WBO light heavyweight title, beating Maxim Vlasov in Tulsa this past April. Speedy recovery for Smith as he becomes another fighter during the pandemic top feel it’s wrath.