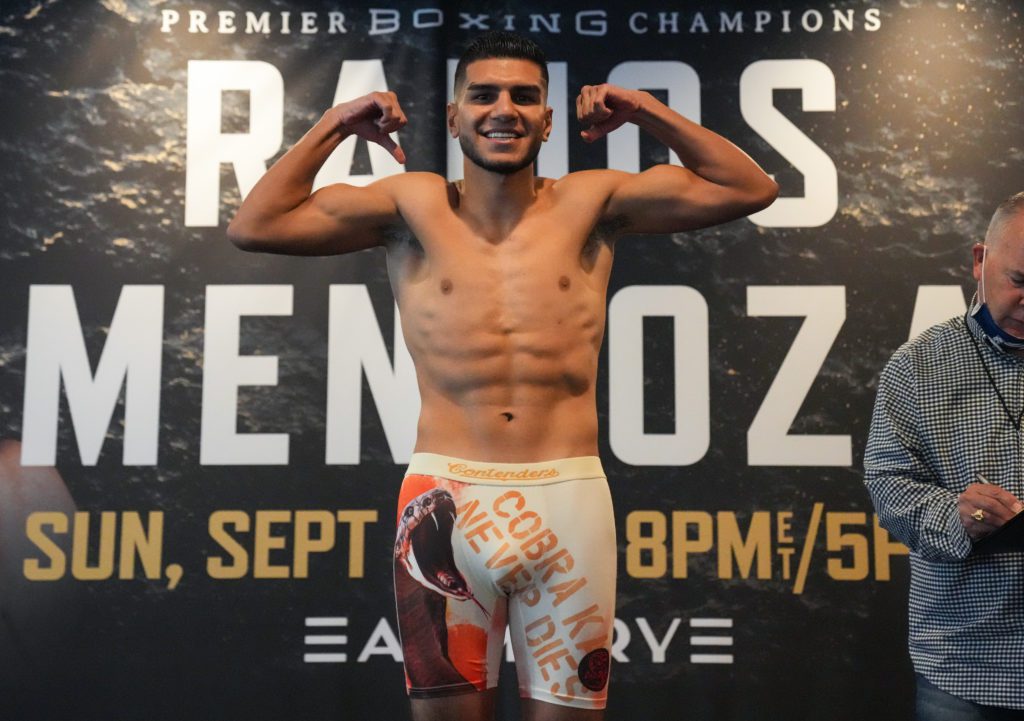 Sunday night from The Armory in Minneapolis, Minn. Jesus Ramos Jr., in the main event continued his early career success by winning against Brian Mendoza by unanimous decision.

Ramos headlined the PBC tripleheader fight card that aired on Fox and was a tactical contest early on as both guys were looking to measure each other up and get into range. Ramos also had to figure out how to land on Mendoza as he was becoming the invisible man for him as his footwork kept him off guard. Mendoza’s movement worked for him until Ramos could catch him in an exchange in the fourth round.

As the fight grew on, Ramos established more control and got into a rhythm in attacking Mendoza, who seemed to be less aggressive as the night grew on. Late rounds had Mendoza hold on as he got cornered and hit with solid combinations in the corner. The final judge’s scorecards were wide 98-92 x 3 and in favor of Ramos as he stays undefeated.

The opening bout of the Fox broadcast had Marcos Hernadez win in a wel98-92 x 3l-earned upset over undefeated Jose Armando Resendiz by unanimous decision. Hernandez was credited with a knockdown in the second round but looked to have been ruled a push, but it wouldn’t matter in the end. Resendiz in the contest had a tough go at it and seemed to be beaten to the punch by an effective jab by Hernandez. The judge’s scorecards after ten hard-fought rounds were 97-92 and 96-93 x 2.

Although it was scored a knockdown for Hernandez, after a closer look the Kenny, Joe and Lennox agree that it was a push. How do you see it? #ResendizHernandez #PBConFOX pic.twitter.com/3JqqIDmpoD

Sterling Castillo withstood a tough test against former title challenger Juan Burgos, winning unanimously in the co-main event. The action heated up in this lightweight co-main event as the body attack early on of Burgos created a fun style matchup against the countering Castillo. Burgos was making the fight against the undefeated prospect by keeping a focused body attack which was his game plan.

Plenty of back and forth, and this fight marked the second time in his pro career that Castillo has gone past the eighth round as he went the full ten in this one. The final scorecards were 96-94, 97-93, 98-92, all in favor of Castillo. For Burgos in his career, this was only the second time he has faced aced a southpaw. Both times were in a losing effort.