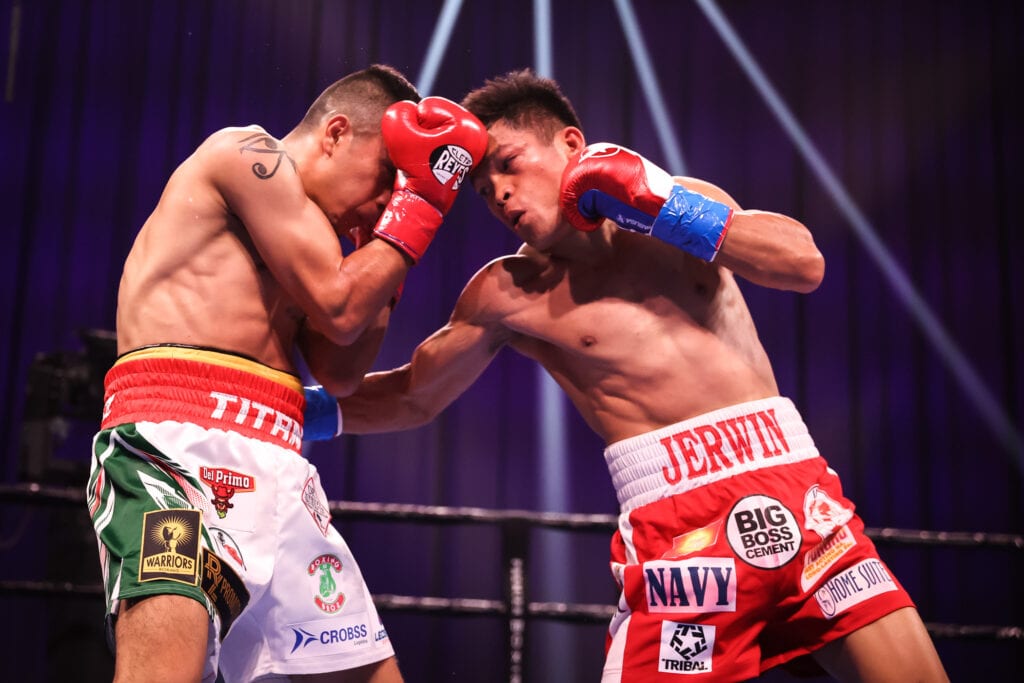 Jerwin Ancajas made the ninth defense of his IBF Junior bantamweight Saturday in what was a fun one. He defeated Johnathan Rodriguez to kick off the Showtime broadcast from the Mohegan Sun Casino in Uncasville, Connecticut. This was the first of a triple-header leading into the main event of Jaron Ennis and Sergey Lipinets.

Ancajas, who came into the ring off a sixteen-month layoff, was in with a very game Rodriguez, who has been waiting on this mandatory challenge since November 2019. There were a couple of close rounds early on, as Rodriguez was instigating the action. But, Ancajas would counter when he could and use the left jab to attack the body.

The start of the sixth round saw both of them stand toe to toe, and it sounded like Ancajas was getting the better end of the exchanges landing hard shots to the body, but Rodriguez was doing the same. It was a good action around in what was a very close fight for the first half of it.

The second half of the fight kept the same action going. It seemed that both decided to keep the body attack going. The eighth round ended with Ancajas knocking down Rodriguez with a right to the body. It was a violent shot. So much so, that despite Rodiguez beat the count to finish the round, his corner asked him if he wanted to continue in the ninth?

Rodriguez carried on and came out swinging for the fences as he picked up the urgency after the knockdown. The shots, however, were still coming back from Ancajas. The relentless attack on the body from Ancajas to Rodriguez finally started to take its toll on him. Despite all of this, these two just kept it going.

‘The win for Ancajas hopefully sets up a unification bout with Kazuto Ioka. That is something they have hinted at earlier this year. Ancajas reign with this IBF belt needs a big name for a title defense, and Ioka is definitely that at Jr. Bantamweight.