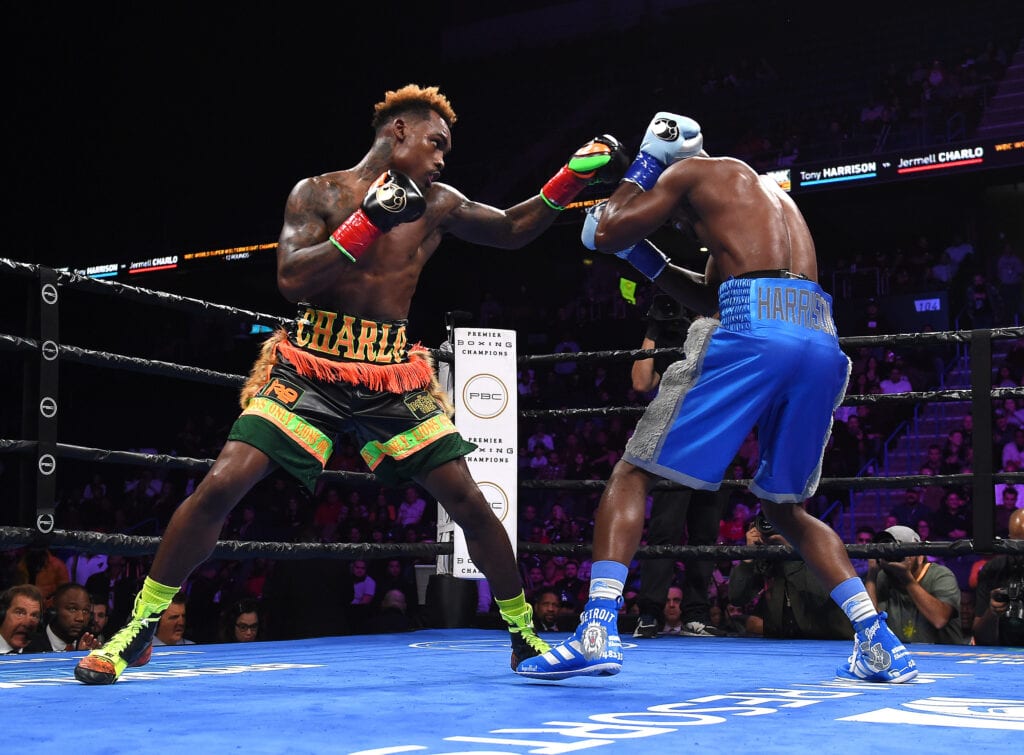 With big-time fights returning, arguably the most significant fight card on the docket in the near future will take place in late September.  That’s when twin World Champions, Jermall and Jermell Charlo will both defend their titles in separate main event fights during a rare split pay-per-view at the same site.

And on Tuesday, Jermell Charlo wanted to make it clear to anyone that maybe didn’t know, that he’s focused and ready for his World Junior Middleweight Unification Showdown with Jeison Rosario.

Charlo and Rosario participated in a media press conference Zoom hosted by Premier Boxing Champions and Showtime Network. And, the WBC 154 lb. champ made it clear to Rosario, and anyone that was seeing him on the video feed, that he means business later this month:

The passion @TwinCharlo has when he speaks about fighting ?️ pic.twitter.com/9delVKCIrQ

“It’s not about ‘what we gonna do?’ When we get in that ring, they understand. They see. It’s no secret about how I fight….I’m Dangerous. I feel even more dangerous now that I’m 30 years old.”

Charlo (33-1, 17 KOs) was last in the ring, when he overcame his lone defeat in the hands of Tony Harrison by stopping him in the eleventh round to recapture the WBC title at 154 last December in Ontario, California.

Meanwhile, Rosario  (20-1-1, 14 KOs) pulled a shocking upset win over Julian “J-Rock” Williams to capture the WBA and IBF versions of the Jr. Middleweight championship. Rosario came into that fight the underdog and ending up stopping Williams in the fifth round.

Interestingly, Williams did not exercise his rematch clause immediately for the return bout, which paved the way for this biggest fight at 154 to be made.

Now, instead Jermell Charlo and Rosario will tangle as part of the Showtime/PBC event to be held at the Mohegan Sun Casino in Connecticut.

As part of the historic, Showtime PPV that will five total World Title fights, that includes Jermell’s brother Jermall defending his WBC Middleweight Title against Sergiy Derevyanchenko in the main event of the “early session” of fights Saturday afternoon/early evening.

There will then be a 30 minute break with two more fights on the evening fight card that will lead into Charlo-Rosario.