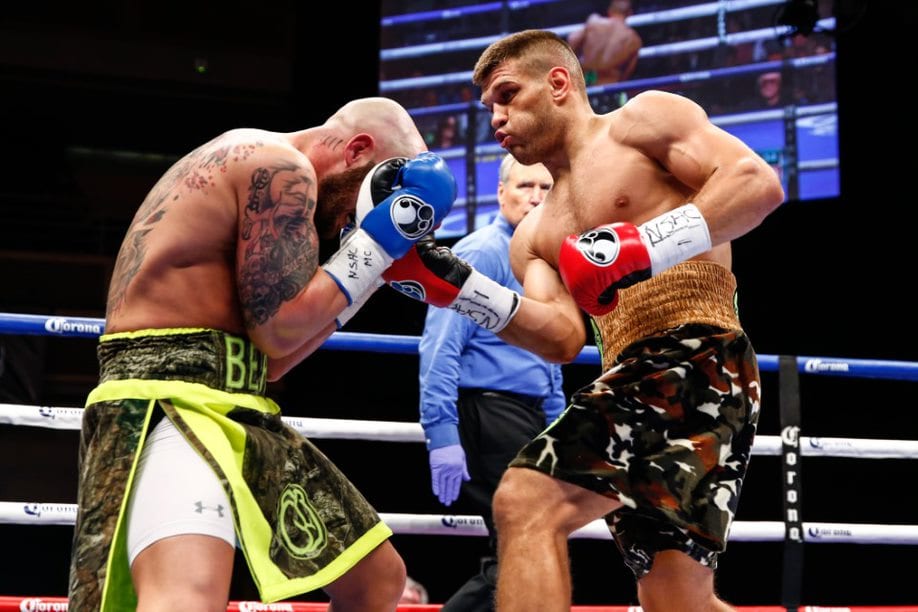 Sergiy Derevyanchenko is hoping the third time is the charm at capturing at a world title on September 26 when he takes on Jermall Charlo on the first-ever Showtime pay-per-view doubleheader.

The Ukrainian born Derevyanchenko (13-2, 10 KOs), speaking with the media on the virtual press conference tour Monday afternoon, didn’t lack any confidence in his ability to defeat Charlo (30-0,20 KO).

Derevyanchenko, who turns 35  in October as stated before, is getting a third chance at a world title contest. His first two have been on the wrong end of matchups between Daniel Jacobs and last year’s hard-fought defeat against Gennadiy Golovkin last October at Madison Square Garden. Those contests he feels will help give him the edge when he steps in against Charlo.

“What I’ve said before is that I have a lot of experience, and that might be an issue for Charlo. I never said it would be too much for him, but we will find out on fight night.

We’ll see how that experience pays off at the end of the month, but it is without question that this matchup is one that is circled on everyone’s calendar.

“Monster” Inoue to meet Jason Moloney in October?
Jermell Charlo Sounded Warning Tuesday- “I’m Dangerous”
Advertisement
To Top
We use cookies to ensure that we give you the best experience on our website. If you continue to use this site we will assume that you are happy with it.OkPrivacy policy