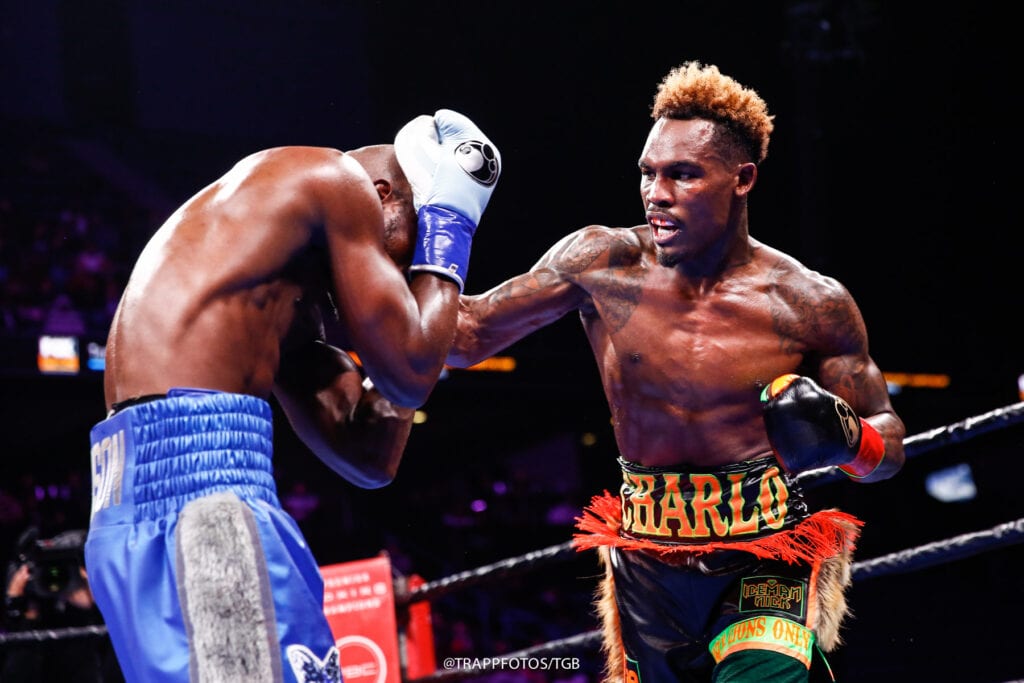 The buildup and trash talk between Jermell Charlo and Tony Harrison finally came to a head Saturday night. That payoff was resolved with Charlo taking back the WBC Super Welterweight strap that Harrison won from him by stopping in the eleventh round at the Toyota Center in Ontario, California.

What took place inside the ring was nothing short of a great fight with a lot of toe-to-toe action, which was fueled by a year buildup of bad blood between the two.

After a feeling out first round, the second round ended spectacularly as Charlo caught Harrison off-balanced and landed a left for the fight’s first knockdown of the contest.

It's an early knockdown for @TwinCharlo after both fighters trade shots in Round 2. #HarrisonCharlo2 pic.twitter.com/7k5pEGli6B

From that knockdown, Harrison adjusted and was focusing on attacking the body of Charlo, which helped him take control of the fight, as well as bank rounds as the match went on. One thing that was very noticeable early on was that Charlo didn’t try to land much to the body and seemed to be focused on headhunting Harrison. Harrison used that aggression to his advantage in close rounds.

All of that was thrown out of the window in the 11th round, Charlo landed a shot that knocked down Harrison for the second time in the fight.  Harrison got up and was knocked down with a flurry again, by Charlo.  Charlo started celebrating thinking referee Jack Reiss had waived the fight over, but instead, it wasn’t as Harrison beat the count, again. Harrison was up against the ropes taking shots when the referee finally waved the one over.

The final time of this fight was 2:28 in the eleventh round.

“He (Harrison) held the title too long, I had to go back and get it,” Charlo said after the fight.

“I hate it, but he earned it,” Harrison said after the fight.

This fight was a solid one to close out what was a solid show that aired on Fox Saturday night. Charlo said he was on to “bigger and better things” after this fight, but the third fight between these two isn’t out of the realm of possibility for 2020.

The bigger and better things maybe if a bout can be made with WBA and IBF champion Julian “J-Rock” Williams, who is in action in Philadephia in a homecoming bout next month to kick off the next Premier Boxing Champions card on Fox.

Buying public got what it deserved with Chavez Jr
Errol Spence spoke publicly for first time Saturday night
Advertisement
To Top
We use cookies to ensure that we give you the best experience on our website. If you continue to use this site we will assume that you are happy with it.Ok