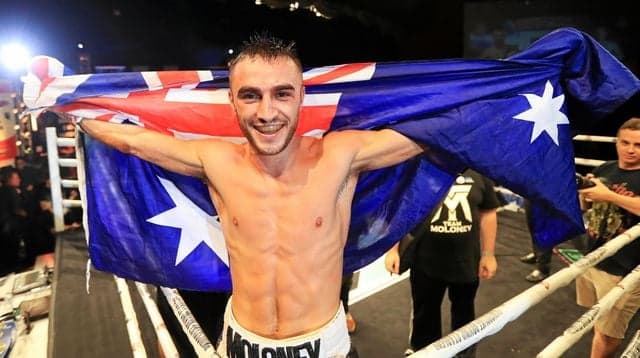 This marks Donaire’s third reign as bantamweight champion of the world.

Don’t talk with Donaire about Father Time. He simply refuses to acknowledge him. “The King has returned!” said Donaire after making boxing history at the Dignity Health Sports Park in Carson, California.

Donaire started unloading the heavy artillery in the third round when he caught and dropped Oubaali with a left hook with 46 seconds left in the frame. He then detonated that same left hook to drop Oubaali and become Champion of the World for a 9th time through all the divisions.

#JasonMoloney: I Want The Best, Love To Fight Donaire https://t.co/Y6pXojyVRG

The Aussie discussed his plans and Donaire’s historic championship victory.

“My training’s going very well. I’m always in the gym and I’m constantly making big improvements. I’ve been ready to fight for months now but unfortunately, COVID made it extremely difficult for us to host our fights in Australia. I’m looking to fight asap. I can’t wait to get back in the ring, I’ve got a lot to prove and big goals that I know I will achieve.”

“Donaire’s performance against Oubaali was very impressive!  I favored Donaire leading into the fight but I did wonder whether Father Time might finally catch up to him, especially after an 18-month layoff but he was brilliant.”

“Congratulations to Nonito on another fantastic win! I’ve got a lot of respect for Nonito and what he has achieved in his career.”

“I always want to fight the best and take on the biggest challenges and I’d love the opportunity to fight the future hall of famer, I know it would be a sensational fight and it’s a fight I know I will win.”