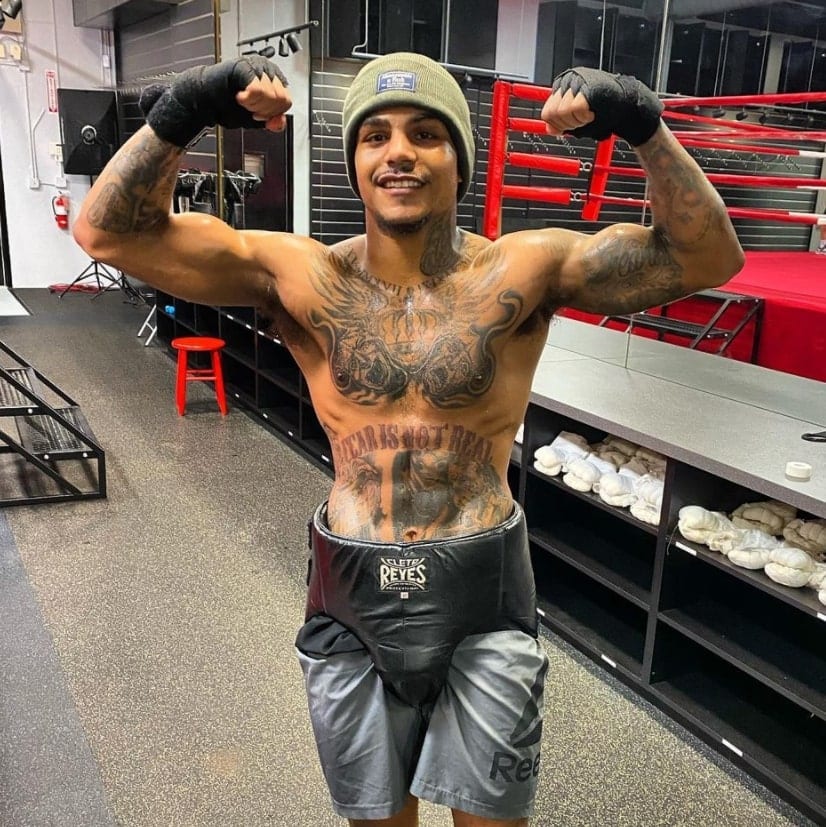 Thompson Boxing Promotions’ undefeated super welterweight prospect, Richard “Cool Breeze” Brewart Jr. (9-0, 4 KOs), will square off against Donte Stubbs (6-1, 2 KOs) in a 6-round bout that will serve as the co-main event on the next edition of 3.2.1. Boxing.

The main event will showcase Michael “The West Texas Warrior” Dutchover (14-1, 10 KOs), who is co-promoted with Banner Promotions, versus Ivan Leon Benitez (14-4-1, 6 KOs) in an 8-round junior welterweight showdown.
The opening 6-round bout will feature Jose “Tito” Sanchez (6-0, 4 KOs) vs. Andrew Strode (6-0, 1 KO) in a battle of unbeaten featherweights.

The free stream will air live on the Thompson Boxing Promotions website (www.thompsonboxing.com), as well as their Facebook and YouTube pages. 3.2.1. Boxing will take place at the Omega Products International Event Center in Corona, CA, and will start at 2:30 p.m. PT / 5:30 p.m. ET.

Here is what Richard Brewart Jr. had to say about his recent training camp, his matchup with Stubbs, and more.

On his recent training camp:
“I’m happy with this training camp, it’s been very productive. I have worked on some new things that I learned from last fight against Nate Weston. I want to show people the new aspects of my game. Coach Henry Ramierz and I have been grinding, working on everything. I am constantly improving, and I can’t wait for this fight.”

On his matchup with Donte Stubbs:
“I know he is a tough guy, had some good wins, but he hasn’t faced anyone who can punch like me. I have been fighting high-quality competition, and I think the type of fighters I have faced will be the difference in this fight, because I had to go through some adversity.”

On staying active in 2021:
“I want to be in the running for prospect of the year, and to do that I have to fight guys with good records while fighting often. This is my second fight of the year, against another good opponent. I am looking to stay active and fight high-quality fighters to get mentioned as one of the best young fighters in the game.”

On fighting for Thompson Boxing:
“It is great being with Thompson Boxing. They have helped me grow as a fighter. I am just at peace knowing that they have made world champions and great fighters, so I listen to what they tell me in terms of development and focus solely on training as I know that they have a great plan for me.”

Donte Stubbs gives his thoughts on his recent training camp, his matchup with Brewart Jr. and more.

On recent training camp:
“I have had a great camp, and I believe it is more than enough to beat this man. I am focused and I know this win will give me more opportunities, so I have been training like my life depends on it for this camp.”

On his matchup with Richard Brewart Jr.:
“He is too easy to hit. His last two opponents dropped him, and the commentators thought he lost his last fight. This is going to be a rough night for him, as everything that went wrong in those fights will happen again, and worse.”

On making his 2021 debut:
“Now that the pandemic has come to its final stages, I am happy to be back in the ring, as this will be first fight of the year, and I hope to have many more after this. I stayed in shape during my time out of the ring, and I’m going to make the best out of the rest of this year.”

On fighting on 3.2.1 Boxing:
“It is great to be featured on platform where all my family and friends can watch. Thompson Boxing has been a promotional company that has been well known in boxing for years. I know they do a lot for their fighters and to be featured on one of their show is a wonderful chance for me to showcase my skills.

Beto Duran will operate as the blow-by-blow commentator with expert commentary by Doug Fischer and Steve Kim. Jessica Rosales will serve as the onsite ringside reporter.