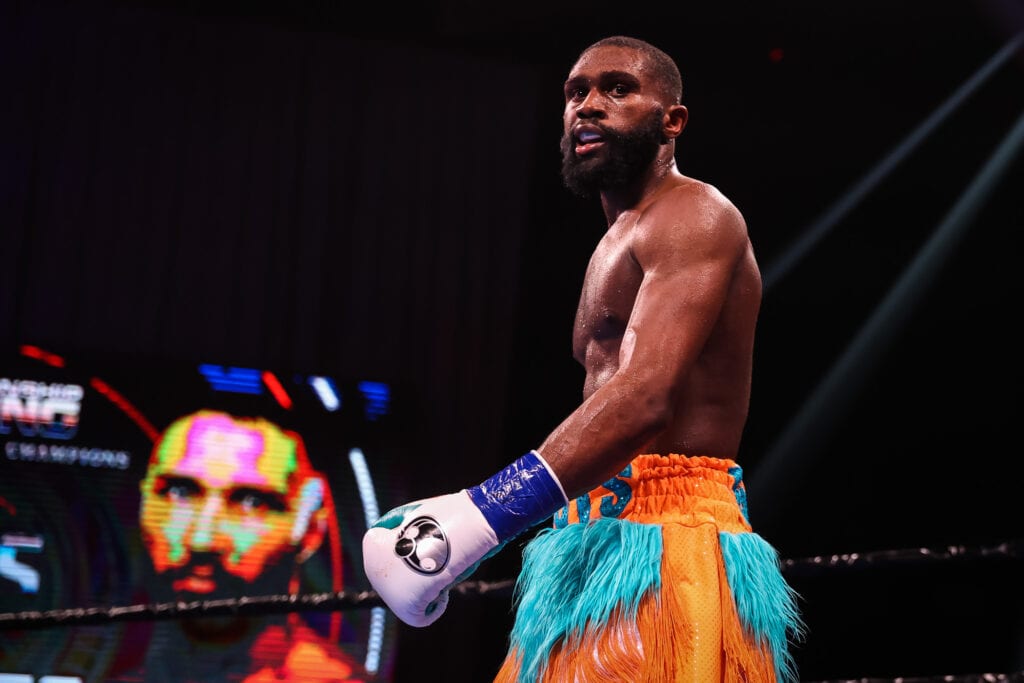 Jaron Ennis-Thomas Dulorme Fight Back On

It looks like the rounds of sparring Jaron “Boots” Ennis talks about on social media will be put to use, as he is expected to take on his original opponent during the pandemic, Thomas Dulorme.

Keith Idec of Boxingscene broke the story Thursday that the undefeated Ennis and Dulorme will battle in a 12-round bout Showtime will televise late in October or November. The final details, such as location and the card, were still being ironed out, but the report confirmed that this fight was official, again.

If Showtime is looking for venue locations, Ennis has already thrown into the hopper Philadelphia as a possible fight spot.

My upcoming fight in Philly for a homecoming ? 👀👀👀👀 @ShowtimeBoxing @StephenEspinoza

Ennis and Dulorme were initially one of the “Fightsphere” shows (Mohegan Sun Connecticut Casino Bubble) in December 2020. Instead, Dulorme was diagnosed with COVID-19 and had to withdraw from the fight. Ennis fought instead on short notice Chris van Heerden and looked to be well on his way to an early first-round stoppage. That was before a nasty accidental clash of heads, which resulted in van Heerden’s forehead being a bloody mess and unable to continue. Thus, making the bout a no-contest.

Ennis was last in action stopping Sergey Lipinets in six rounds in April also at the Mohegan Sun Casino, while Dulrome  (25-5-1, 16 KOs) is looking to pull off the upset and get off the snide. His last win was on the undercard of Peter Quillin, and Alfredo Angulo back in September 2019. Dulorme since he had tough defeats against Jamal James and Eimantas Stanionis, losing both in 12- round unanimous decision.

The plan for Ennis (27-0, 25 KOs, 1 NC) in this bout looks to see if Dulorme can give him rounds in the ring, while he creeps upon getting a title shot at Welterweight. Many would have liked to have seen Custio Clayton next up for Ennis and he was considered an opponent per the Boxingscene report.

In October, Clayton (18-0-1, 12 KOs) last took on Lipinets but they fought to a majority draw in a 12-round fight for the then-vacant IBF welterweight title. Ennis’ handlers decided to go with Dulorme instead due to his performance against Stanionis.