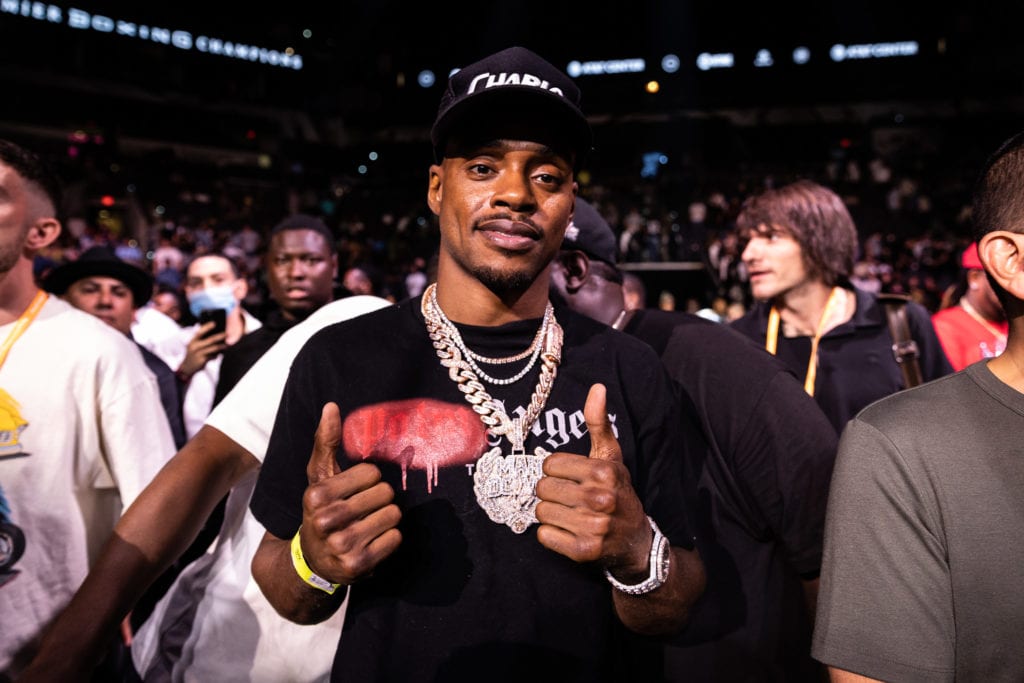 In his first extended comments since suffering a detached retina prior to his pay-per-view Showdown with Manny Pacquiao that was scheduled for last Saturday, Unified World Welterweight Champion Errol Spence knows the gravity of his eye injury.

Spence talked exclusively to ESPN’s Mike Coppinger about suffering the retinal tear in his left eye just weeks before he was scheduled to meet Pacquiao in the biggest and most lucrative fight of his career in Las Vegas,

Caught up with @ErrolSpenceJr, who tells ESPN he’s grateful detached retina was discovered before it moved into the center of the eye. Spence had a “shadow” on the outside of his eye, an injury sustained during sparring for Manny Pacquaio. Full interview:https://t.co/O1Un6REJ2H

Spence told Coppinger that he injured the eye training in Dallas, including having to stop a sparring session, saying, “my eye. My eye.” Shortly after he saw a doctor in Dallas who examined the eye, but Spence ultimately decided to have more extensive test done by the Nevada Athletic Commission doctors the following week.

They determined the retina injury and after Spence got another confirming opinion from an another eye specialist back in Texas, he had the surgery. Spence further told ESPN,

“I’m grateful that I caught it. … It’s a career-ending injury for a lot of other boxers,” Spence told ESPN in his first public comments since the surgery. “A lot of them don’t get checked up. Even if this would have happened early in training camp, I would have still tried to spar and things like that. And it probably would have damaged it permanently.

“I’m just grateful it happened when it happened, I caught it sooner than later, and I have another chance at what I love doing.”

Obviously, the unbeaten Spence has to be filled with regret and disappointment, as Cuban-born Yordenis Ugas replaced him on 10 days notice and proceeded to upset Pacquiao on a 12 round unanimous decision to retain the WBA World Welterweight Championship.

As we have written previously and from the great Sugar Ray Leonard who suffered a detached retina of his own 40 years ago greatly delaying his career, there’s no guarantee that Spence will be back anytime soon. Leonard wasn’t the same for over four years before eventually, regrouping and upsetting Marvelous Marvin Hagler.

Spence will likely be out for at least 90 days, if not longer, with no physical contact around the head or the eye. And, it’s anyone’s guess as to how soon he could be ready at the end of 2021 or the beginning of 2022?

Now, with the future Hall-of-Famer Pacquiao contemplating either retiring or fighting one last fight to try to avenge the defeat to Ugas before “hanging’em up” at age 43, Spence is likely left waiting for another bout against someone besides those two when he returns.

That could be anything from a tune-up battle to perhaps a rematch with former WBC champ Shawn Porter, etc.

For now, he’s happy to have got the retina damage in time and just like his horrific one car crash that he survived in October 2019, he’s back on the journey to comeback.