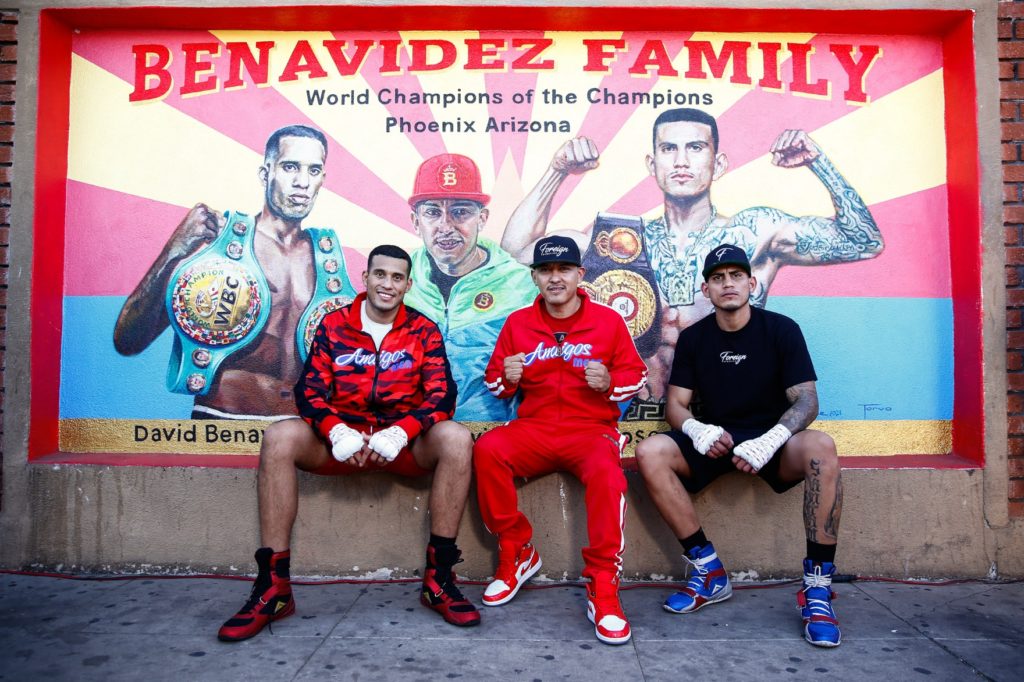 There is plenty of boxing going down across the world this weekend and coming off the heels of Canelo Alvarez defeating Caleb Plant, one has to wonder, is any of this boxing going to live up to what closed out last Saturday night? No, but I do have for you all three boxing things I’m looking for this weekend of November 13, 2021. 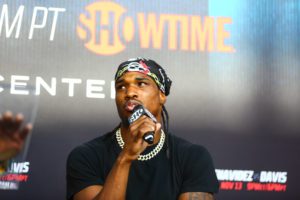 Kyrone Davis is in a position this Saturday in challenging David Benavidez from the Footprint Center in Phoenix, Arizona on Showtime. He comes in as a late replacement for Jose Uzcátegui, who failed the pre-fight drug test. Davis has to overcome what will be the long-awaited return of Benavidez fighting in his hometown. If Davis can pull off the upset, he would more than likely beat the current front-runner to face Canelo Alvarez at some point next year.

“All good things must come to an end. His knockout streak is cool, but who you fight matters,” Davis said at the final press conference Thursday. “I’m nicknamed ‘Shut It Down’, not lay down. He’s supposed to want to put on a great show, but I’m looking to do what I have to do to win.”

While most are penciling in plans for Canelo-Benavidez 2022, Benavidez himself isn’t just yet.

“I’m not thinking about Canelo. I’m just thinking about Kyrone Davis,” Benavidez said at the final presser Thursday.”I’m excited to give my fans a good show. I worked extremely hard for this fight and trained like it was for a world title. I’m ready for whoever they want to give me to fight next.”

Check out our latest episode of The Big Fight Weekend Podcast where we speak on this week’s action and chat with Michael Rueda of Vegas Sports Today. 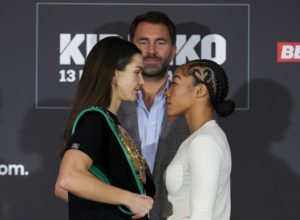 There is a Matchroom Boxing card and the main event is the first title defense for IBF Featherweight champion Kid Galahad taking on Kiko Martinez. The fight up and down the card however is the co-main which has WBC Champion Terri Harper taking on Alycia Baumgardner.

Interesting matchup for both women as this sets up a unification bout potentially with unified champion Mikela Mayer next year. It will be a new wrinkle for Harper who also has been out of the ring for a year but is willing to show

“It’s been a long year; I had a tough time after the operations but here we are back on the main stage, and it feels like we haven’t been away,” Harper said earlier this week. “Even though I haven’t boxed for a year I’ve been in the gym non-stop, I had two weeks out to recover from the operation but since that I’ve been in the gym working, developing myself as a fighter not just physically but mentally. I’ve excited to get back out Saturday night and show everybody the improvements I’ve made, I’m not the same fighter I was a year ago and I’m ready to put on a show.”

Baumgardner can trip all these things up and is a live underdog at the Utilita Arena Sheffield, live worldwide on DAZN Saturday. 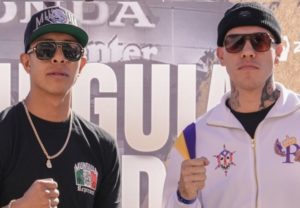 Anaheim Fight Night at the Honda Center is the latest show by Golden Boy Promotions and will feature Gabe Rosado and undefeated middleweight Jaime Munguia. Rosado was last seen in action on the same card as Munguia in El Paso back in June. Both closed out their fights with stoppages with Rosado’s being in the Knockout of the Year conversation. The winner of this fight is positioned for a title shot likely in 2022. Classic boxing crossroads fight live to close out DAZN Saturday night.