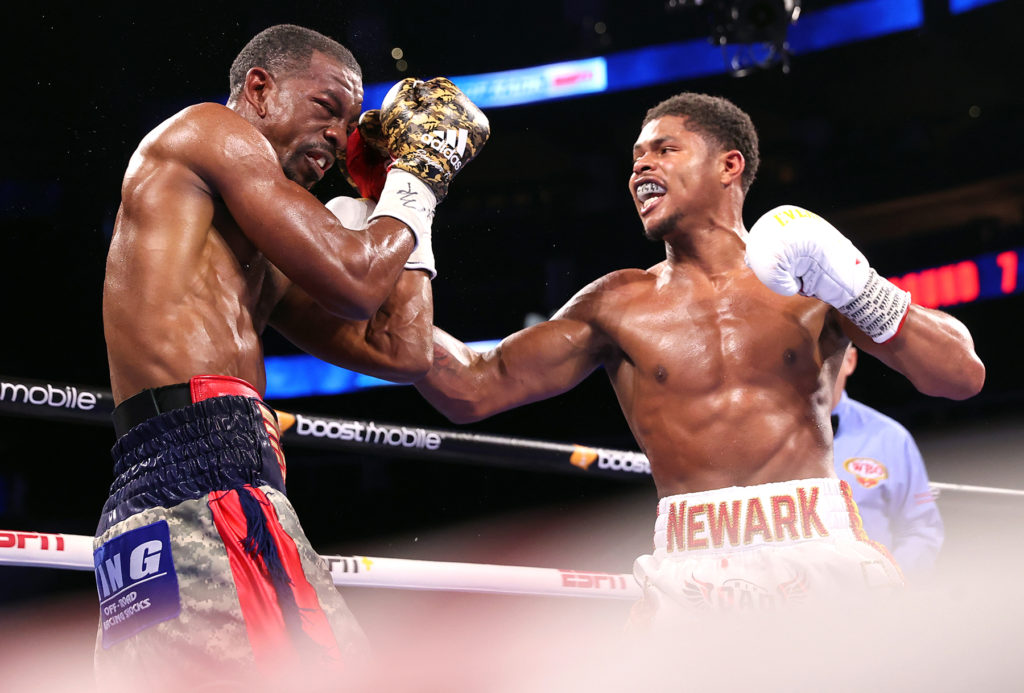 Shakur Stevenson walked out of the State Farm Arena in Atlanta, Georgia, as the new WBO Jr. Lightweight champion. Stevenson (17-0, 9 KOs) defeated Jamel Herring (23-1, 11 KOs) in ten rounds of what was a dominant performance by Stevenson. Sitting ringside to recap the event that aired on ESPN, I just wanted to drop my last two cents on my biggest takeaways from the event and where they go from here.

What stuck out to you on the undercard?

Lots of squirrely things happened on this undercard that is the effect of what was on paper of a bunch of “favorable opposition” and, to be flat honest, poor matchups. For starters, Harley Mederos went 2-0 against the most game 0-2 guy I’ve ever seen in recent times in Deljerro Revello.

Haven Brady Jr. was in action against Roberto Negrete and looked to have more troubles than the 40-36 x 3 scorecards shown. Believe this was a draw, but he moves to 4-0 on a poorly scored four-rounder by all three judges. It just reminded me that I don’t need twelve rounds to get it wrong, only four.

Antoine Cobb, Troy Isley, and Evan Holyfield all got vicious knockouts against poor opposition. Worth noting that Charles Stafford is okay after getting laid out and needing to be checked on immediately by the ringside physicians after hitting the canvas hard from a huge left hook.

HOLY 🤯 SMOKE. @ChiefHoly with the HUGE Round 2 knockout in his first time fighting in front of his hometown crowd in Atlanta. #HerringStevenson pic.twitter.com/F1HU4hvoDo

Wasn’t there a baseball game in town? How many folks were there?

I flew in from Denver to Atlanta and back with the rest of Los Angeles Dodgers nation in town, and I can tell you they were a lot less conversational coming back as the Atlanta Braves go to the World Series for the first time since AOL was a thing. The announced attendance was 5,123 at State Farm Arena.

Who does Shakur Stevenson fight next?

Stevenson said in the ring and reinforced at the post-fight press conference that he wants current WBC champion, Oscar Valdez.

That fight has been hinted at since they were in lower weight classes, and at this point, it seems like the next fight. It needs to be for both fighters at this point because a glance at the rankings board shows that is pretty much it. It will only be a matter of when it is on the slate as it will be a unification bout and an interesting one in 2022.

The same way Herring made Ito look one-dimensional en route to capturing the title in 2019 was that he would lose it, Stevenson.

“He’s sharp and slick. His hand-eye coordination is very good,” Herring said after the fight speaking of Stevenson. “No excuses. He was just the better man tonight.”

Bernardo Osuna of ESPN asked this very same question directly to Herring and wanted to think it over. The retirement rumors have been around since the Carl Frampton fight but after seeing Evander Holyfield in the ring at age 58 this year, never say never. Seriously, however, if this was Herring’s last fight, who will they get to play Shakur in the upcoming screenplay of Jamel Herring’s story? I mean, it writes itself, and in the world of boxing movies, how is this not Top 5 already?

Movie pitch aside, Herring is pretty open and clear about his intentions. He’ll let us know.