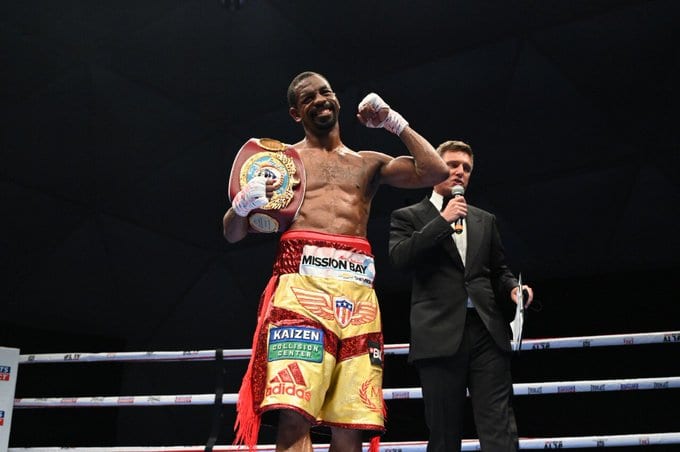 It took a long way to get there, and was slated for a different course. Still, we have Jamel Herring defending his WBO Jr. Lightweight title against mandatory challenger/interim champion Shakur Stevenson.

Multiple reports have confirmed this bout officially, and we got gotten confirmation here at Big Fight Weekend as well. This, however, wasn’t how Monday started, however.

Jake Donovan of Boxingscene and NBC Boxing Headquarters got the ball rolling on this as initially this was slated to go to purse bid scheduled for August 9. What had the purse bid different from the others was the WBO bylaws made it so that Stevenson would get the favorable portion of the purse split.

“Wherefore, having this Committee confirmed each fighter’s last three reported purses, and having the WBO World Championship Committee the power and authority conferred by its governing rules to establish purse split ratios per the applicable provision, it is hereby determined as follows: the applicable “Purse Split” shall be 63% in favor of Mr. Stevenson and the remaining 37% in favor of Mr. Herring.”

The split would’ve given the long-reigning champion Herring a 37% piece of the purse, while Stevenson would receive the lion’s share at 63%.

As he prepares to call Tuesday’s Triller card alongside Ray Flores, Herring took a couple of seconds to acknowledge how much he enjoyed the ruling.

For the past couple of weeks, I thought the fight was basically a done deal. I’ve agreed to everything my team brought to the table so this bid comes as a shock, but I’m more blown away looking at the SPLIT. This is how they do you, when they want you to quit or walk away 😅 https://t.co/hW3e4iujOp pic.twitter.com/8owZkiT9rb

“For the past couple of weeks, I thought the fight was basically a done deal. I’ve agreed to everything my team brought to the table, so this bid comes as a shock, but I’m more blown away looking at the SPLIT. This is how they do you, when they want you to quit or walk away,” Herring said on social media in regards to the purse bid ruling.

Luckily for all parties involved, this issue was resolved, and both camps have agreed to terms to avoid all of this muckety muck next week.

So when will we get this fight? So far, it’s looking as early as October 23rd or November in Atlanta. No one has a locked-in date, but November 13 would be the weekend after Veterans Day. I’d be shocked if they don’t make a theme of it, as the Marine Veteran Herring tends to fight on American holidays to honor and celebrate the military troops. Pretty similar to his last mandatory against Lamont Roach back in November 2019.

Glad this all got sorted out as the sanctioning body loophole regarding the purse splits would’ve made this all a situation and possibly the fight a dead one.