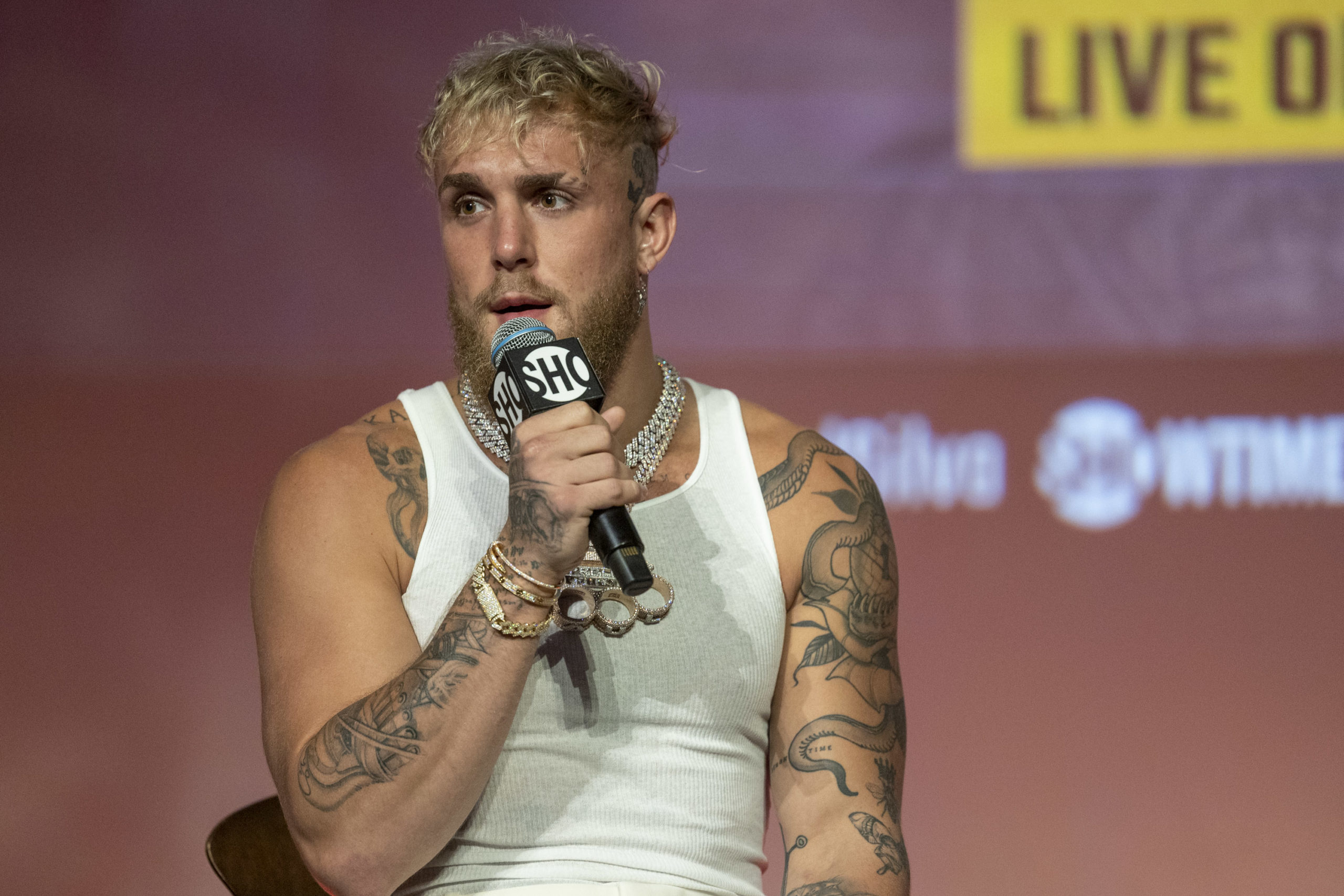 Jake Paul On Anderson Silva- “Going To Respectfully Knock Him Out”

On Monday afternoon in Los Angeles, the kickoff press conference for Youtube/social media star turned boxer Jake Paul’s latest bout was held. And, the flamboyant Paul, who has four kayoes in five fights, didn’t hold back on what he plans to do with former UFC middleweight champ Anderson Silva on October 29th.

Paul and Silva met with the media for the first of two times (they will be at the fight site promoting in Phoenix later Tuesday) as tickets are about to go on sale for their Showtime/MVP Promotions PPV later this week,

“I signed up for the hardest sport in the world and I love it. That’s what I’m built for, and I love a challenge. I grew up idolizing (Silva). For me this is even surreal that I’m even sitting here, I need to take a moment to be like, ‘Is this real with all the cameras?’ I was sitting on a couch watching this guy as a kid and here we are,” Paul said Monday.

“Anderson Silva is the nicest person, and we love him. If my opponent is a di**head, I’m going to treat him like a di**head and beat his ass. But I respect this man, I’m still going to knock him out, but respectfully knock him out.”

Paul was last in the ring in December, when he destroyed another former UFC welterweight champ, Tyron Woodley, with a missile right hand KO in a Showtime PPV in Tampa, FL. Paul, 5-0. 4 KOs, has yet to face anyone with extensive boxing background.

Meanwhile, Silva, the former UFC middleweight champ for 16 consecutive title defenses, will be the closest thing Paul has faced to a boxer. This, as Silva followed up his surprising domination of Julio Caesar Chavez, Jr. by decision with a first round, boxing KO of former MMA champ Tito Ortiz in Hollywood, FL last September.

Paul had tried for a second time to fight English Cruiserweight Tommy Fury earlier in August, but Fury, the half brother of Tyson Fury, had visa problems getting to the USA and ultimately faced a deadline from Paul and his management to commit to fighting him. That came and went and Paul was replaced by the son for former heavyweight champ Hasim Rahman, Jr. to try to salvage the main event and undercard bouts for Madison Square Garden in New York.

Alas, Rahman did not follow the agreed up weight loss rules and was also dropped by Paul and MVP Promotions, with the entire fight card cancelled, as they then looked to have a different opponent and subsequent date.

That will now be against Silva in the Arizona desert coming late next month.