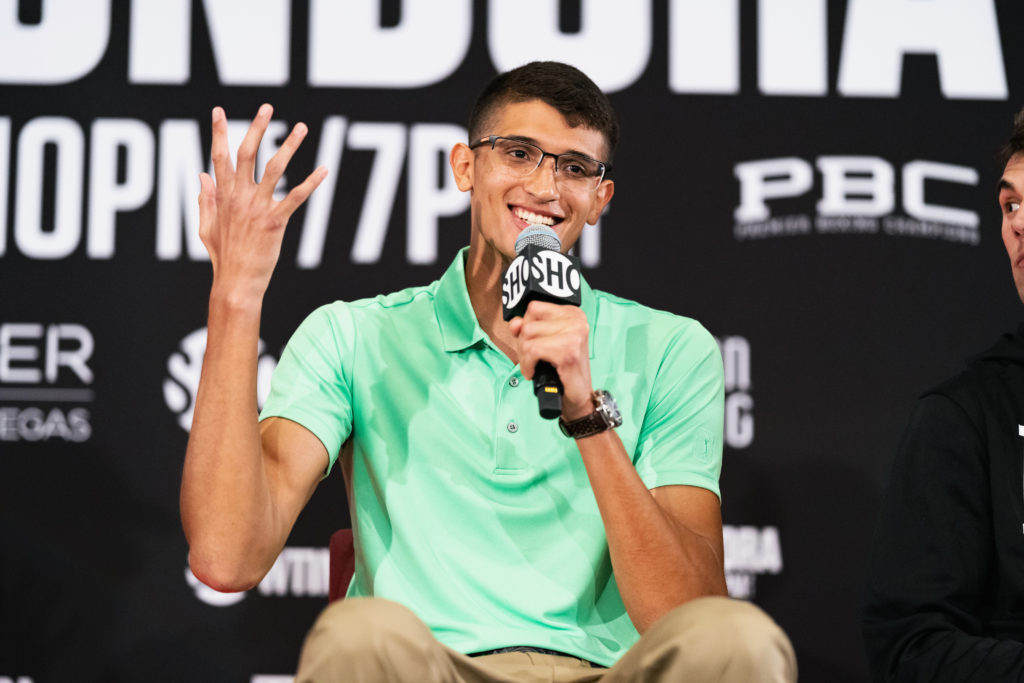 Promoter Sampson Lewkowicz was with junior middleweight contender Sebastian Fundora, one of his fighters, on Thursday afternoon at the Turning Stone Resort Casino in Verona, New York, which is one of the hosts of the annual Hall of Fame weekend, when he almost choked after hearing what Fundora had to say.

“We were having lunch and I almost choked on the Reuben sandwich I was eating,” Lewkowicz told Big Fight Weekend. “He told me he wants to go to down 147 pounds.”

Keep in mind that at nearly 6-foot-6, Fundora is already perhaps the tallest junior middleweight in boxing history, so the idea of a move from 154 pounds down to 147 was shocking to Lewkowicz.

But Lewkowicz said Fundora was serious, that he would move down in weight if he can land a world title shot.

“His father told me always that he’s walking around at 162 all the time,” Lewkowicz said. “So, he thinks it’s an opportunity to fight for a title against (fellow Premier Boxing Champions fighter) Errol Spence if (Terence) Crawford doesn’t sign to fight Errol) Spence. If Crawford doesn’t fight Spence then Spence has no one to fight at 147. He would go down only to fight the best.”

Spence, who holds the WBC, IBF and WBA welterweight belts, and Crawford, who holds the WBO title, are negotiating to meet for the undisputed championship this fall in one of boxing’s biggest fights. But there is no guarantee it will happen, and with Fundora blocked from a junior middleweight title fight the time being, Lewkowicz said the prospect of Fundora boxing for a welterweight title against Spence is very appealing.

The 24-year-old Fundora (19-0-1, 13 KOs), of Coachella, California, won the vacant WBC interim junior middleweight title by electrifying ninth-round knockout of Erickson Lubin in a fight of the year candidate on April 9.
The fight, in which Lubin and Fundora were both knocked down, was also a final WBC eliminator, so Fundora is the organization’s mandatory challenger.

However, his shot is unlikely to be anytime soon. Jermell Charlo knocked out Brian Castano in the 10th round on May 14 to become the undisputed 154-pound champion and he has been ordered to make his WBO mandatory defense against Australia’s Tim Tszyu next. He is likely Charlo’s next opponent later this year

“Fundora wants to fight Charlo, but we understand,” Lewkowicz said about the order of the mandatory defenses. “Charlo has to fight Tszyu because it has been almost two years he’s been the (WBO) mandatory. Fundora understands, so he wants to go to 147 to fight Spence if Crawford doesn’t take the fight.