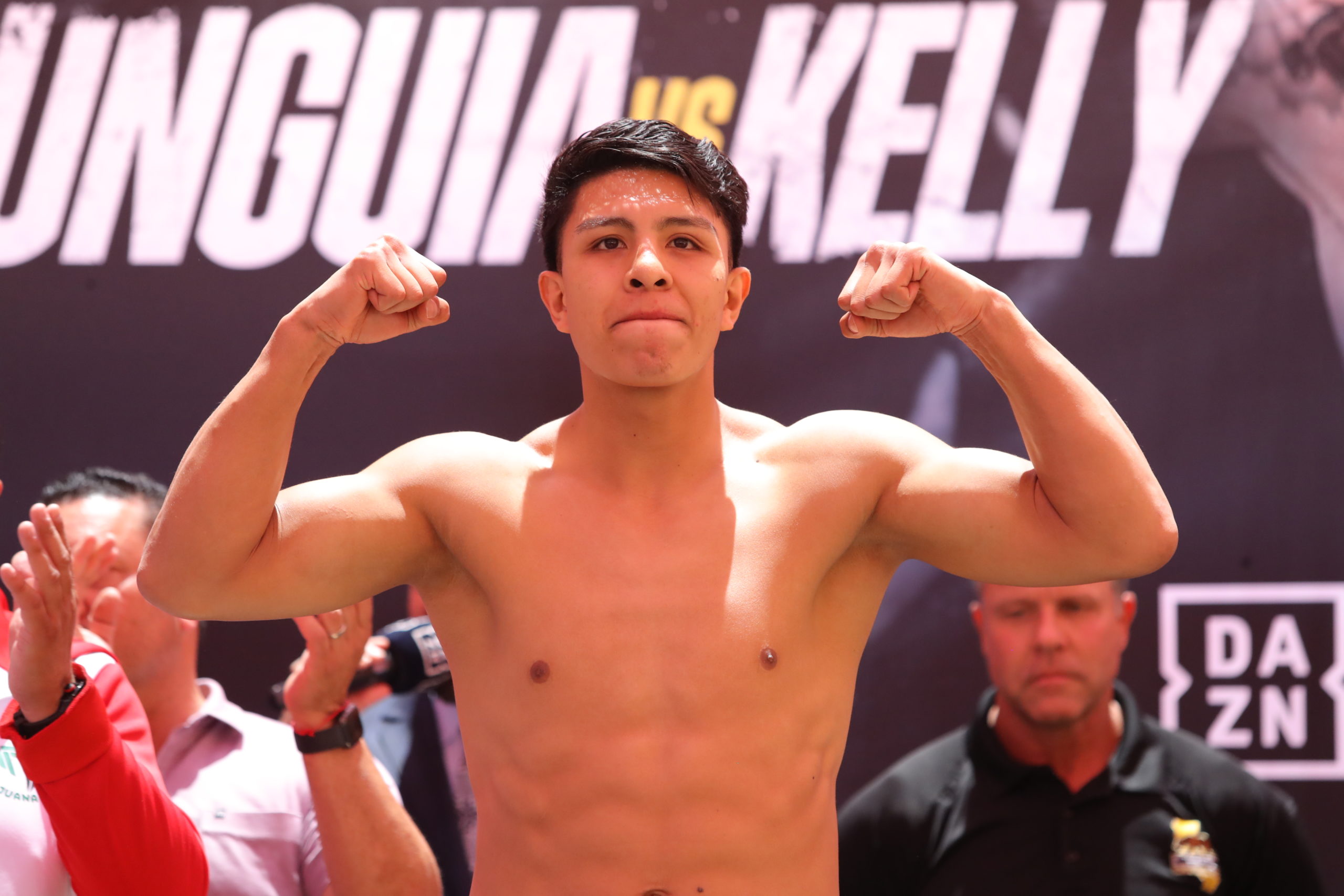 It was an outcome that everyone expected and unbeaten top middleweight Contender Jaime Munguia did not fail to deliver and scored yet another knockout Saturday night. Going against a lightly regarded opponent from the U.K., Munguia started off somewhat slowly, but he eventually overwhelmed Jimmy Kelly for a fifth-round TKO.

The bout closed out the DAZN/Golden Boy Promotions fight card at the Honda Center in Anaheim, California and saw the very popular Munguia come through with another stoppage.

Fighting for the first time since his ko win over American D’Mitrius Ballard in February, Munguia, now 40-0 32 KOS, was actually caught with a couple of punches early in the fight, including a good left hook from Kelly in the second round. The 25 year old Mexican former WBO world junior middleweight champion flashed his hand speed as the time wore on and eventually, caught up to Kelly in the fifth round.

First, he rocked Kelly, now 26-3, with a hard left to the chin as the Englishman was backing up and it dropped him on the seat of the pants to the bottom strand of ropes. Kelly got up and took the mandatory 8-count, but was immediately in trouble again and down, again, from a Munguia sharp uppercut that had him in serious trouble.

The end came less than 30 seconds later with Munguia swarming Kelly and landing a barrage of rights and lefts. That was punctuated with an overhand right that dropped Kelly down in a corner and caused the referee to wave the fight off.

“I’m ready to go back to 160 to fight for a world title or to move up to 168 pounds,” Munguia told DAZN in the ring through an interpreter. “I’m ready for any challenge.”

When asked about sticking at middleweight or maybe, considering moving up to 168 lb., Munguia responded that he believes WBC champ Jermall Charlo is ducking him,

The non-title victory for Munguia was his sixth since vacating his 154 lb. title, but most will not give him very much credit because the competition was so suspect in this one. Munguia had beaten American D’mitrius Ballard by stoppage back in February.

Still, Munguia continues to demonstrate big-time power, no matter who he’s fighting. And, he’s at least is delivering some excitement for Golden Boy and  their paying customers for DAZN streaming.