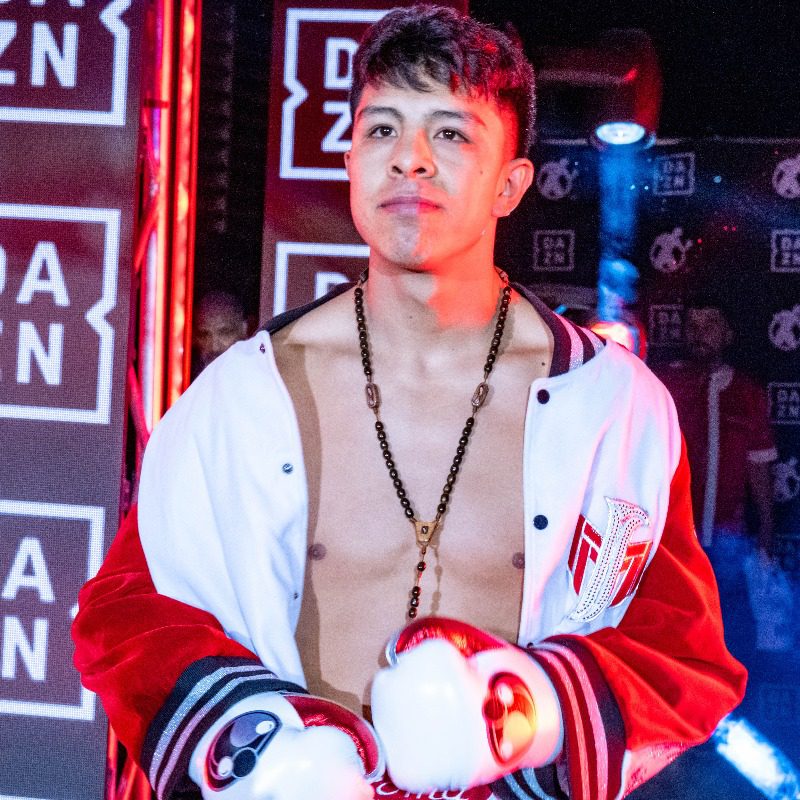 WBO top ranked Middleweight Jaime Munguia wanted to be impressive in front of his home fans Saturday night. And, he did not disappoint by demolishing previously unbeaten American D’mitrius Ballard with a third-round TKO.

The bout was the main event of The Golden Boy Promotions / DAZN show from Munguia’s hometown of Tijuana, Mexico. And the 39-0, 31 KOs, Munguia gave them plenty to cheer about in this one,

“I realized that dreams really do come true,” Munguia said to DAZN post-fight. “I remember being a little boy. Being at the very top up there (outdoor stadium) and seeing Julio Cesar Chavez, Jr. fight here. And, I told myself, ‘I’m going to do that.’ And what better place to do it than Tijuana, my hometown.”

Munguia scored early on in the fight with right hand, but Ballard was also effective in counter punching in round one. Round two saw the 25 year old Munguia score with a left hook to the body and later a left hook to the head that got Ballard’s attention. Still, the undefeated Mexican, who previously held the WBO 154 lb. world championship, was being patient and waiting for his opportunity.

That would come in the early stages of the third round, when a barrage of punches backed Ballard the ropes and then a left hook snapped his head back. Ballard was able to tie Munguia up. But, eventually, another quick combination culminated with a left hook again to the head, which dropped Ballard down to his knees.

Ballard, who lost for the first time in 22 pro fights, actually laid down face first for a couple of seconds before rising just before the mandatory eight count was complete.

Clearly dazed, Ballard was overwhelmed immediately by Munguia, who jumped all over him with a quick five or six punch barrage. That included another big left hook and the referee jump between the fighters calling a halt to things in under nine minutes of action.

Saturday night’s fight was the fifth one for Munguia at the Middleweight Division, and his second in the last three months. This, as he decisioned Gabe Rosato over 12 rounds in Anaheim, California, back in November.

Munguia appears to be in line for a title shot, especially, if current WBO middleweight champ Demetrius Andrade decides to vacate the belt and move up to fight at Super middleweight