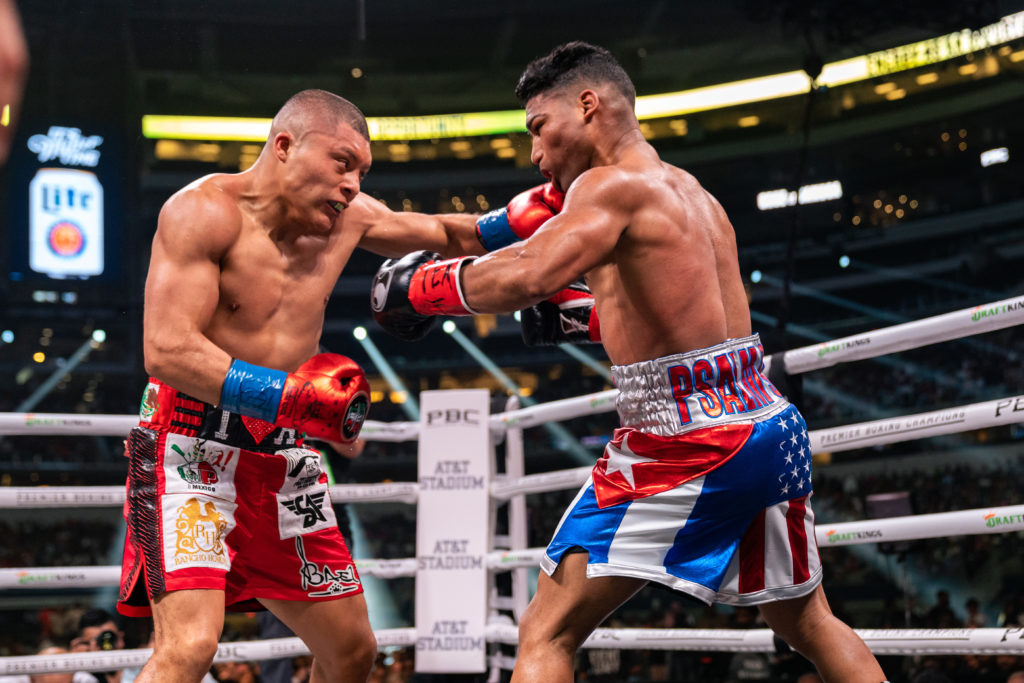 Issac Cruz- “Here To Dethrone Anyone That Gets In My Way”

Lightweight contender Isaac “Pitbull” Cruz rebounded from a disputed decision loss in his last fight to lay waste to the faded Yuriorkis Gamboa in a fifth-round knockout victory on Saturday night in the co-feature of the Errol Spence Jr.-Yordenis Ugas undercard at AT&T Stadium in Arlington, Texas.

In December, Cruz lost a close decision many thought he won when he challenged Gervonta “Tank” Davis for his secondary lightweight belt. Fighting for the first time since, Cruz pummeled the 40-year-old former unified featherweight titlist, who lost his third fight in a row.

Gamboa (30-5, 18 KOs), a 2004 Cuban Olympic gold medalist, who defected and fights out of Miami, had never been so utterly outclassed as he was by Cruz, who dropped him in the second, third and fourth rounds.

“I’m here to defeat and dethrone anyone that gets in my way while putting on a show for the fans,” Cruz said through an interpreter. “I wanted to send a clear message to the division that I’m here to be a world champion no matter what.”

Cruz (23-2-1, 16 KOs), 23, of Mexico, dropped Gamboa with a four-punch combination in the second round and again with a left hook in the opening seconds of the third round.

Gamboa’s legs never looked steady after the second knockdown but he was game in taking a pounding.

Cruz battered him in the opening seconds of the fourth round and sent him to the mat for the third knockdown in final seconds of the round on a huge left hand.

Finally, in the fifth round, Cruz was again smashing Gamboa up and when he sent him careening into the ropes, referee Mark Calo-oy waved it off at 1 minute, 32 seconds.

Naturally, Cruz would love another shot at Davis, although that’s not a realistic fight in the short term. This, as the unbeaten Davis prepares to battle Rolando “Rolly Romero in another Showtime PPV at the Barclays Center in Brooklyn, NY on May 28th.

And, Davis would obviously like to fight a bigger named and more lucrative opponent that Cruz later in 2022.