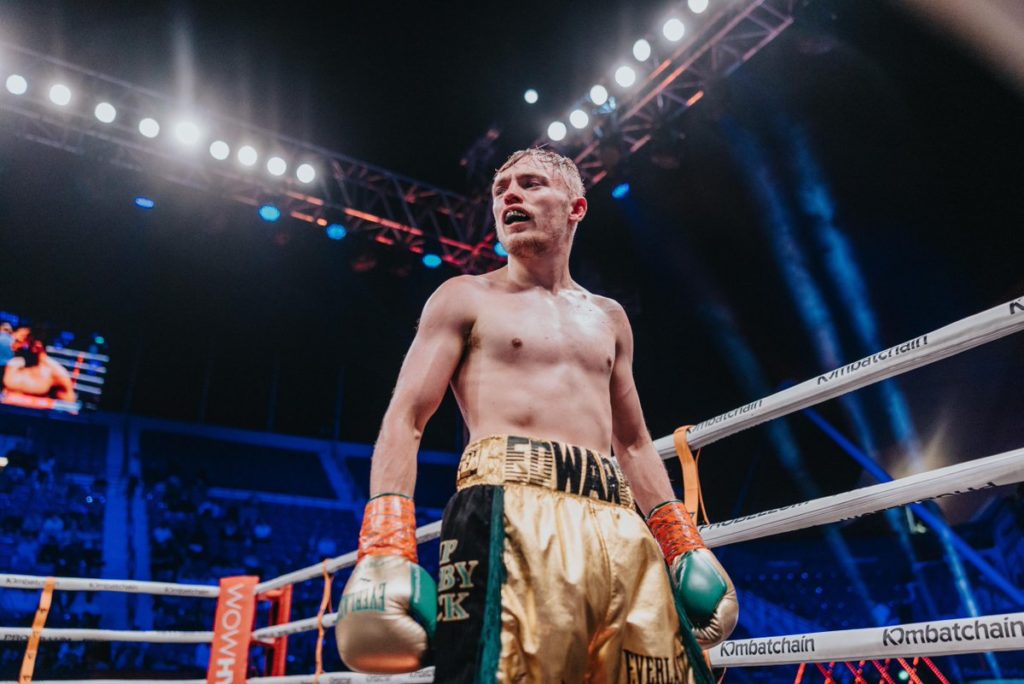 IBF World flyweight champ Sunny Edwards has aspirations to move up in weight and go after a bigger fight. And, he has his sights set on a fellow countryman to do it.

From the Probellum item,

But Edwards, the unbeaten flyweight title holder, doesn’t believe Butler would accept the fight even though ‘Showtime’ would be moving up two weight divisions to make it happen.

Edwards said: “If I was Paul Butler, I would stay every possible mile in this world away from me”.

Butler has been elevated to full WBO world bantamweight champion after John Riel Casimero was stripped of the belt having contravened weigh-making rules in the build-up to Probellum Liverpool.

Jonas Sultan stepped in as the replacement but found Butler in the form of his career as the Ellesmere Port fighter won convincingly on points to take the interim title.

In a post on social media last week, Edwards threw his hat in the ring to be the opponent for Butler’s first defence of his WBO crown and the 26-year-old has doubled down on his challenge to the new champion.

Yet the IBF king at 112 lb. is not convinced Butler, and his team, would be prepared to risk the title in a fight with him.

“I am one billion per cent serious about fighting Paul Butler,” said Edwards.

“I don’t say things that don’t mean. Not in boxing, not in my private life.

“It’s a fight I’d be 100% confident with, it would be an inter-Probellum fight, it would be an all-British world title fight, but I couldn’t really see it happening, if I’m honest, because if I was Paul Butler, I would stay every possible mile in this world away from me and I think that will be the response.

“I think Paul’s coach, Joe Gallagher, is probably much smarter than that, as well. But it’s a fight that I would like, it was never really on my radar until a few months ago when I got dragged into a back and forth on Twitter with his dad. But Paul’s a good fighter, don’t get confused.”

Edwards has described Butler’s victory over Sultan last month, as a “good win” but believes he would be too much for the bantamweight title holder.

“For me, there are levels to boxing,” Edwards said

“It’s a fight that would allow me to prove the mindset that I’m willing to go up and down in weights to where the fights make sense.”

As the Probellum statement refers to, the WBO has stripped Casimero for his failure to explain adequately why couldn’t defend previously against Butler last December. And then, the British Boxing Board of Control refused to let Casimero fight Butler last month, when he was found to have been using a sauna to cut weight.

Now, it’s not clear whether Butler would even entertain fighting the smaller Edwards, especially when there could be a very lucrative payday looking for him to fight the winner of the Naoya Inoue-Nonito Donaire rematch for the other three 118 lb. world titles. That bout will happen later this summer.

And, Butler holds the final piece to the puzzle at bantamweight.