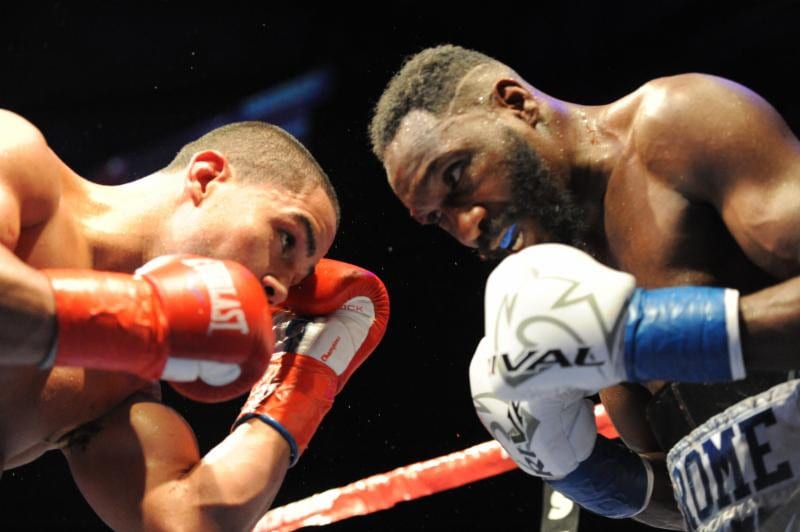 Star Boxing’s “Rockin’ Fights” on Friday night brought the summer heat to The Paramount. All five bouts were fan-friendly, with thrilling action from start to finish.

In the main event, Danny “El Gallo” Gonzalez (18-2-1 7 KOs) won a clear, but tough, unanimous decision against Jerome “Conquerer” Conquest (10-5 1KO) in a classic New York vs Philadelphia battle. From the opening bell, both fighters were going for broke, later turning into an all-out war for the WBC FECARBOX Silver super lightweight title. Both Gonzalez and Conquest had impressive moments in the first half of the fight, letting their hands fly and scoring to both the body and the head. In the second half of the fight, Gonzalez showed off his incredible stamina and punch rate by continuously bringing the fight to Conquest. At the end of the 10th round, both fighters emptied the tank and left everything they had in the ring. With the win, Gonzalez is the new WBC FECARBOX Silver Champion.

In the co-feature bout, Tyrone “Pretty Boy” James”(10-0 7 KOs) took on Ray Oliveira Jr. (9-3 1 KO), in a match between the next developing Star Boxing undefeated prospect and the son of a former world title challenger. Both men started the bout tactfully, trying to gain an edge over the other, but James started to press the action and exploded with a barrage of punches in the second round. After James landed a vicious left hand that hurt Oliveira Jr., he pounced on his opponent with a massive flurry of punches forcing the referee to stop the bout as Tyrone James earned his fifth consecutive knockout victory at 1:47 into the second round.

On the undercard in an eight round ABO America welterweight championship bout, RONNIE AUSTION (now 10-2 7KO’s) and DENNIS OKOTH (now 4-2-1 2KO’s), went to battle. Austion started strong, showing great boxing skill in the first two rounds, but as the fight went on Okoth seemed to have figured out the Detroit native’s movement. Okoth applied consistent pressure and the judges found in favor of the champion, Dennis Okoth, by majority decision. (76-76 Draw, 78-74 Okoth, 77-75 Okoth) This is Okoth’s second major upset in a row after defeating highly regarded prospect Dylan Moran at Star Boxing’s Catskills Clash. 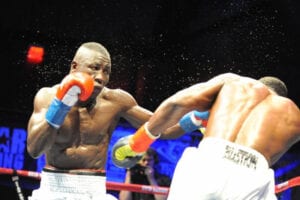 In the opening two bouts of the evening, Brooklyn native, Justice Bland (1-0) looked great in his pro-debut as he defeated Rafael Castillo  (1-3), of the Bronx, by unanimous decision of 39-37 by all three judges. Juan Mancilla (1-1 1KO) went to battle with Jermaine Corley (3-6 2 KO’s) over a 4-round super welterweight bout that saw both fighters throw caution to the wind, with Corley coming out on top for his second consecutive upset, by majority decision with scores of a 38-38 draw, 39-37 and 40-36 in favor of Corley. 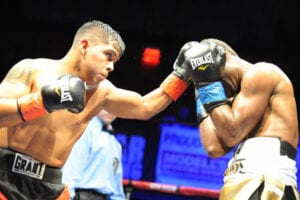 Star Boxing CEO Joe Deguardia, had this to say about the night of fights, ” ‘Rockin’ Fights’ brought Paramount fans an exciting night of action once again. Congratulations to both Danny Gonzalez and Tyrone James on impressive victories. We will be back at The Paramount on September 20th, so join us for another night of thrilling ‘Rockin’ Fights.'”