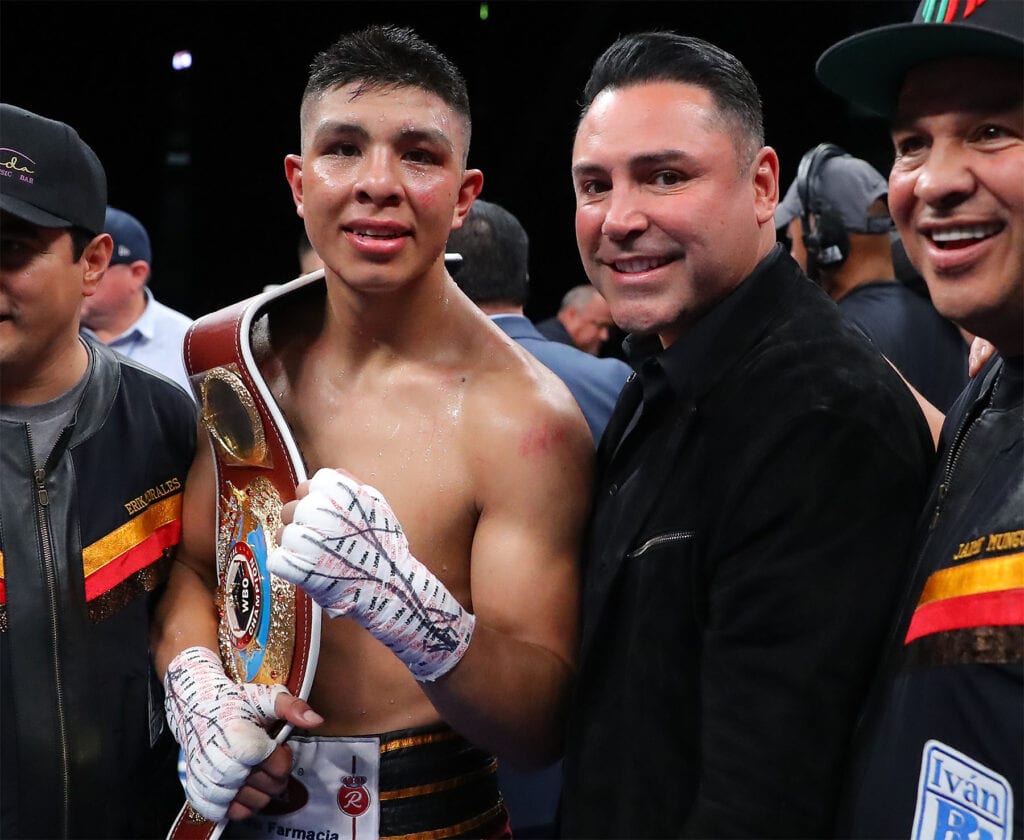 Munguia (36-0, 29 KOs) had been set to face Maciej Sulecki, who had to pull out of the orginally scheduled April date of the fight, but alas, Sulecki, once again pulled out for undisclosed reasons earlier this month. As we wrote then, Sulecki  is a former Polish world title contender at 29-2, 11 KOs, and was expected to give Munguia a real test at 160 lb.

However, he suffered an April elbow injury and was replaced unbeaten D’Mitrius “Big Meech” Ballard. Then, Ballard also suffered an injury the week before the Munguia fight, scrapping the whole card at that time.

“I take my hat off to Jaime Munguia because he has remained calm and focused on his fight on June 19 despite so many changes,” said Oscar De La Hoya, Chairman and CEO of Golden Boy said in their release. “I am confident that he will make all the necessary changes and adjustments in order to walk away with his hand raised in victory. Kamil Szeremeta is the perfect challenge to show the world why he deserves a world title opportunity.”

“I have a lot of experience when it comes to opponent changes,” said Jaime Munguia. “Obviously, it’s different at this level because the preparation is stronger and more strategic. However, I take it very calmly and we are going to make the necessary adjustments to walk away with our hand raised in victory on June 19.”

“I am delighted to be returning in such an important fight against Jaime Munguia,” said Kamil Szeremeta. “I understand the situation. Fight night is less than two weeks away. However, I’ve been preparing for an opportunity like this, and I will make sure to take it advantage of it. This June 19, I will score the upset against Munguia.”

Munguia-Szeremeta will headline from the Don Haskins Center in El Paso and be streamed on DAZN.

Now, let’s hope that Szeremeta can stay healthy and Munguia gets his “stay busy” fight to put him in position potentially for a WBO World Title shot with Demetrius Andrade, etc.