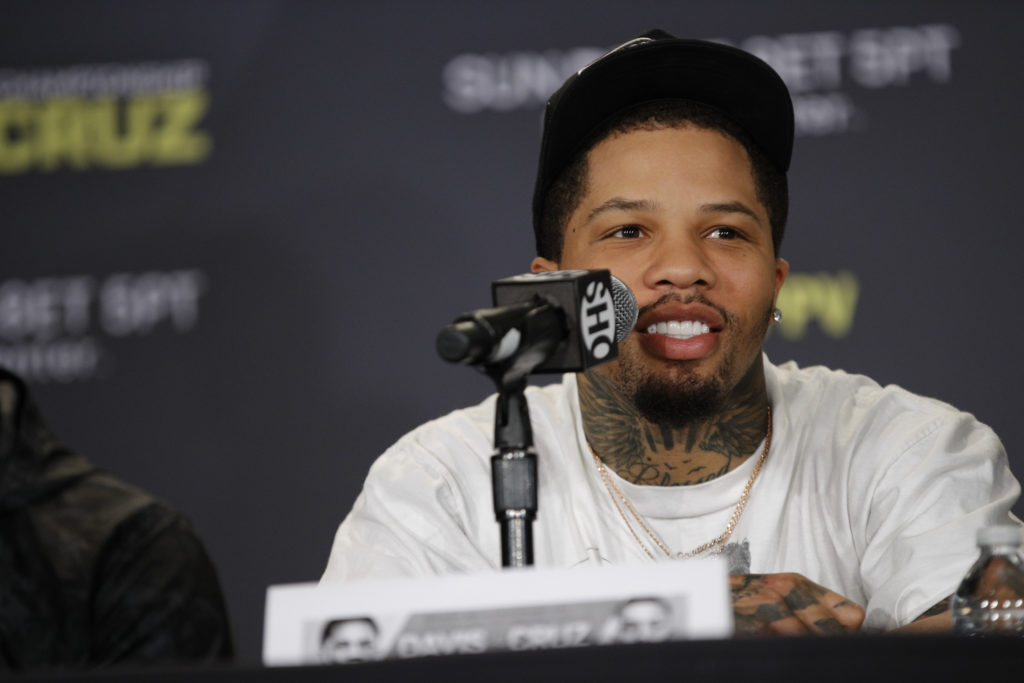 Coming up Sunday night in Los Angeles Gervonta Davis is back headlining a Showtime PPV. And at Thursday’s final press conference for his matchup with unbeaten late replacement Issac Cruz, the unbeaten three division world champ made clear that he means to bring the big punches to him.

Davis met with the media for the final time before the 12 round bout for the lesser version of the WBA Lightweight championship held by new Undisputed titleholder George Kambosos. And, he quickly modified the famous George Foreman quotation, “everyone has a plan, until they get hit in the mouth.”

"It's do or die right now."@Gervontaa knows @IsaacPitbull98 will give it his all 🔥🔥

“I think fighting shorter guys is harder than fighting guys taller than me. You have to punch down and find him. But I’m coming with my top game, so we’ll see how it plays out Sunday,” Davis said.

“I can’t say too much about my strategy, you’re just going to have to wait and see Sunday. He can say whatever he wants right now, but it’s different when you get hit in the face.

Davis, 25-0, 23 KOs, has starred in two previous PPV’s dating back to last October. That’s when he starched two division world champ, Leo Santa Cruz, with a devastating single uppercut KO. He followed that in June by moving up to 140 lb. and stopping veteran Mario Barrios in a tougher battle in Atlanta.

As we wrote previously, Davis and PBC had to scramble to find a new opponent, once unbeaten contender Rolando “Rolly” Romero, had to withdraw due to a sexual assault allegation being made against him in Las Vegas.

The Mexican is 23-1-1,  and was last in the ring in a June in a win over veteran Francisco Vargas.

For his part, Cruz continues to talk the “brave game” and did so, again, Thursday,

“It’s simple. I’ve said it before and I’ll say it again. He has never faced anybody that fights like me before. My hunger and my will to win is unparalleled. He’s going to feel it on Sunday night.

“I guarantee a great fight. I guarantee excitement. I want the fans to be excited whether they tune in on SHOWTIME PPV or are at Staples Center. I want them to go home happy.”

Now, we’re about to find out if those are just words/Davis makes good on his boast about what happens when others get hit.