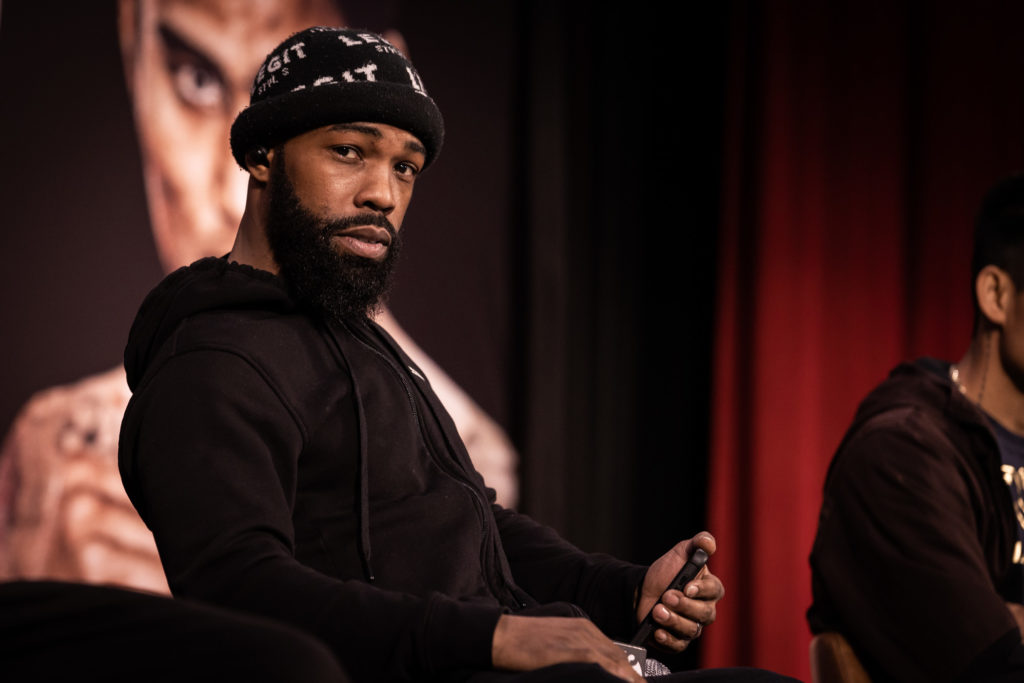 Gary Russell Had To Return To Scale Friday Afternoon

While it wasn’t a huge ordeal, WBC Featherweight Champion Gary Russell Jr. had to return to the scale Friday afternoon in advance of his upcoming Saturday night title defense against Mark Magsayo of the Philippines in Atlantic City, NJ.

The Washington D.C. native clocked in Friday just over (126.5 lb) the Featherweight limit, which put his WBC title status temporarily in jeopardy. However, the drama was only short lived, as Russell returned about an hour later and was one pound under the limit,

UPDATE: We have a fight 👊🏽@mrgaryrusselljr weighs in at 125.5lbs for his title defense against Magsayo.#RussellMagsayo https://t.co/OAuecoQJP2

Russell is stepping through the ring ropes for the first time since February 8th of 2020 (almost two full years) to take on the unbeaten, but also largely untested Magsayo.

In Thursday’s final press conference for the scheduled 12 round main event, Russell

“At the end of the day, I’m a gladiator and I love what I do. I love showing the skillset that I bring to the sport of boxing. Nothing has come easy for us. This is not unfamiliar territory for me or my family,” Russell told the media.

“There are no concerns about ring rust. I’m always in the gym. I haven’t taken two months off from training since I was about four or five. Boxing is not just what I do, it’s a lifestyle for me.”

Hear us preview the Russell-Magsayo showdown on the latest “Big Fight Weekend Podcast,” as Carlos Toro of Carlos Toro Media joins me to go over all the action on the Boardwalk in Atlantic City,

At 31-1 with 18 KO’s, Russell is making the sixth defense of the WBC title that he won back in March of 2015 by stopping Jhonny Gonzaelz. And, quick calculations of the fights/years demonstrates that this will only be his fifth bout in the last nearly seven years. Obviously, too infrequent to build up much a fan-base.

Meanwhile, the 23-0 Magsayo with two KO wins over Pablo Cruz and then, Julio Ceja in 2021. Still, he’s a decided Underdog in this matchup with Russell.

“Gary is a really good fighter. I’ve wanted to fight him for a long time. Now the opportunity is here and I can’t wait for the fight…

Manny Pacquiao is my idol, ever since I was a kid. I started training at eight-years-old because of him to one day become world champion. Now that time is here. I’m so happy that Manny signed me to his promotional company and I’m grateful,” Magsayo said Thursday.

It’s great to have Freddie Roach and Marvin Somodio helping me every day. I thought that I already knew boxing, but when I came to the gym they corrected my mistakes and made me a much more accurate puncher. “

Now, the fight is officially set and we wait to see if the challenger’s backing by his Hall of Fame idol and management will pay off?

Or, will Russell “get off the sofa” and put together another win after significant inactivity?

We are about to find out.