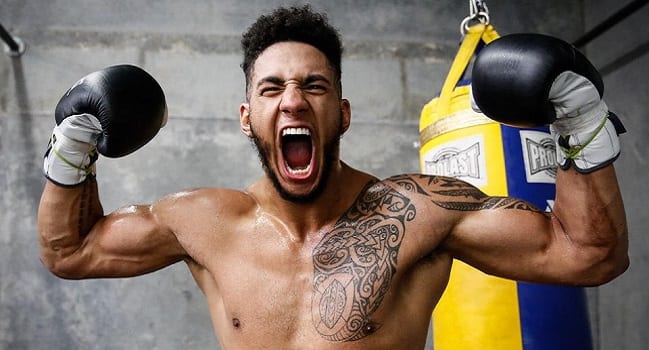 The proposed matchup of unbeaten rising Heavyweight prospects Tony Yoka of France and Filip Hrgovic of Croatia will not be allow to happen, at least for now. This, as the International Boxing Federation sent both parties written notification that Yoka is not free from his contract with his postponed fight due to restrictions surrounding Covid 19 in France.

Boxing insider Dan Rafael first reported overnight on the IBF’s official ruling for what would have been an eliminator bout to be their top Heavyweight contender,

Per source, IBF issued letter to both camps determining @TonyYoka is unavailable for eliminator vs. @Filip_Hrgovic for mandatory position because of dispute between Yoka camp and Martin Bakole on if he owes him a rescheduled date. IBF will go down ratings yet again. #boxing

As Rafael referenced, the 11-0, 9 KOs, Yoka was to have taken on the Congo’s Martin Bakole (17-1). The bout was to have been last Saturday night in Paris, but was scrapped two weeks before due to Covid 19 concerns and limiting of attendance. Yoka would have fought Bakole on his way towards a bigger profile fight and payday.

Since that bout was postponed, Yoka’s camp accepted the IBF’s written request to fight Hrgovic, 14-0, 12 KOs, in just such a proposed showdown. And, these two do have familiarity with each other from the amateur days.

Hear us discussing the short-term Heavyweight picture as Carlos Toro joined me on the “Big Fight Weekend Podcast” by clicking below:

That’s when Yoka defeated Hrgovic by close three round decision in the 2016 Rio Summer Olympic semi- final of the Super Heavyweight division. Yoka, then went on to defeat England’s Joe Joyce in the Gold medal fight five and half years ago,

For their part, the Sauerland brothers, who promote Yoka made clear Thursday evening in Europe that they were waiting for the IBF to rule,

We are waiting on the outcome of the IBF decision. We will fight anyone https://t.co/Z7dGcr07MN

Now, it’s apparently clear that they have to reschedule with Bakole.

As for Hrgovic, he’s had a hard time with finding opponents recently himself.

His promoter, Eddie Hearn with Matchroom Boxing, had hoped to pair Hrgovic with either veteran Cuban, big puncher Luis “King Kong” Ortiz or New Zealand’s Joseph Parker, but both of them declined the IBF offer.

So, now we wait to see against whom the hulking Croatian will return to the ring against. And, that could still wind up being Yoka later this Summer.