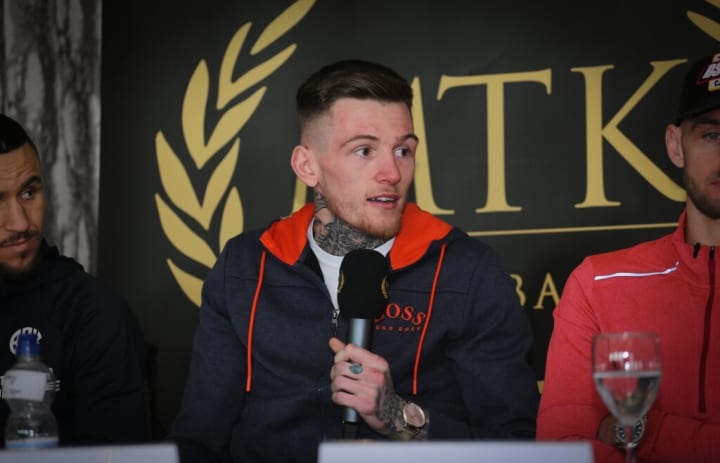 The two men collide in a non-title 10 round bout at the University of Bolton Stadium on Friday 25 June, on a massive card live on IFL TV which also features Jay Harris vs. Ricardo Sandoval in an IBF flyweight title final eliminator, Paul Butler vs. Joseph Agbeko for the vacant WBO International bantamweight title, and Hosea Burton vs. Liam Conroy in a final eliminator for the British light-heavyweight title.

Cully (12-0, 6 KOs) is back after his destructive second round stoppage win over Viktor Kotochigov back in March, following on from a superb 2020 where he knocked out Joe Fitzpatrick inside one round for the vacant Irish title, and also earned a victory over Craig Woodruff.

He now shifts his focus to former WBC International and IBF Intercontinental champion Simion (22-5, 9 KOs), who has shared the ring with the likes of Shakur Stevenson, Lee Selby and Scott Quigg, and has been stopped just twice in 27 professional fights.

Other fights now confirmed for the card sees Jordan Reynolds (1-0) take part in his second professional contest against dangerous Jan Ardon, who many felt should have got the decision against John Hedges during their clash back in October.

Tyrone McCullagh (14-1, 6 KOs) makes his return, going up against Brett Fidoe, who is coming off an impressive win against John Patrick Harker earlier this month.

Elsewhere on the bill, Dublin rising star Pierce O’Leary (6-0, 2 KOs) is back in action, Liverpool’s Blane Hyland (3-1) takes on Reiss Taylor, and Inder Bassi (2-1) goes up against MJ Hall.