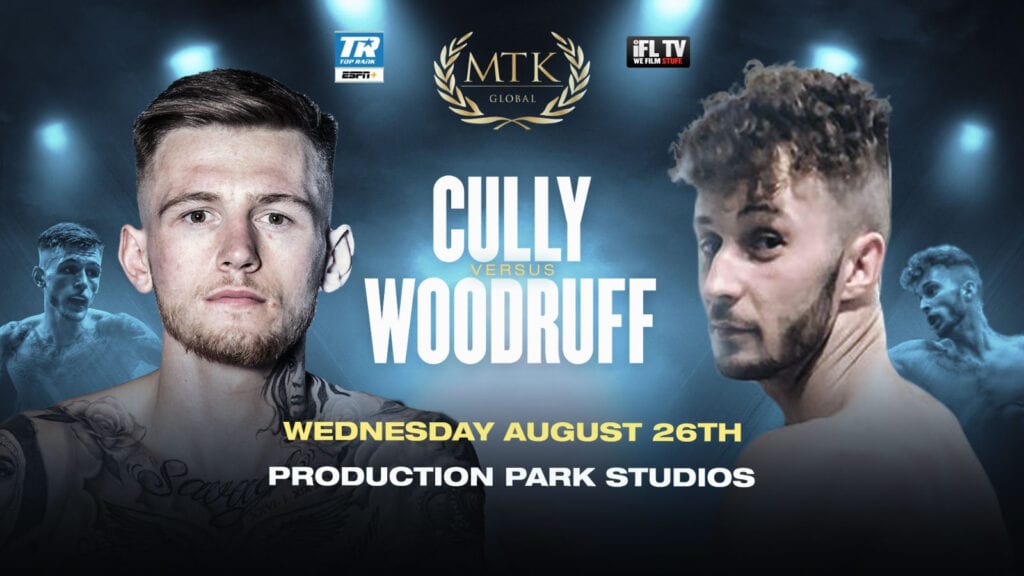 Cully to take on Woodruff instead of Gething

The fight between Irish champion Cully (10-0, 5 KOs) and Woodruff (10-5, 4 KOs) will be shown live in the US on ESPN+ in association with Top Rank, and worldwide on IFL TV.

Woodruff is on a three-fight win streak and replaces Kieran Gething in the fight, but Cully isn’t let the change of opponent alter his focus.

Cully said: “It doesn’t matter who I’m in the ring with on the night, I just prepare myself to the best of my ability and I’m looking forward to being back.

“I know a bit about Woodruff. The fight was talked about about around a year ago, so I had a look at him back then. I’ve seen his fight with Gething, and Woodruff is a lot better than his record suggests.

“I think it’s a lot trickier than the Gething fight would have been, as Woodruff has a more awkward style, so it’s something that I have to adapt to and overcome.

“He’s 6 foot, so it’s going to be a bit different to most of my usual fights where I’m much taller than my opponents, but I’m in the gym every day sparring a mix of everybody, so I’m ready for any style.”

Cully vs. Woodruff is part of a huge event on August 26, which is headlined by Lewis Crocker facing Louis Greene for the WBO European welterweight title.

New match ups but same focus for Leo, Williams
Showtime dumps Malignaggi after controversial comments
Advertisement
To Top
We use cookies to ensure that we give you the best experience on our website. If you continue to use this site we will assume that you are happy with it.OkPrivacy policy