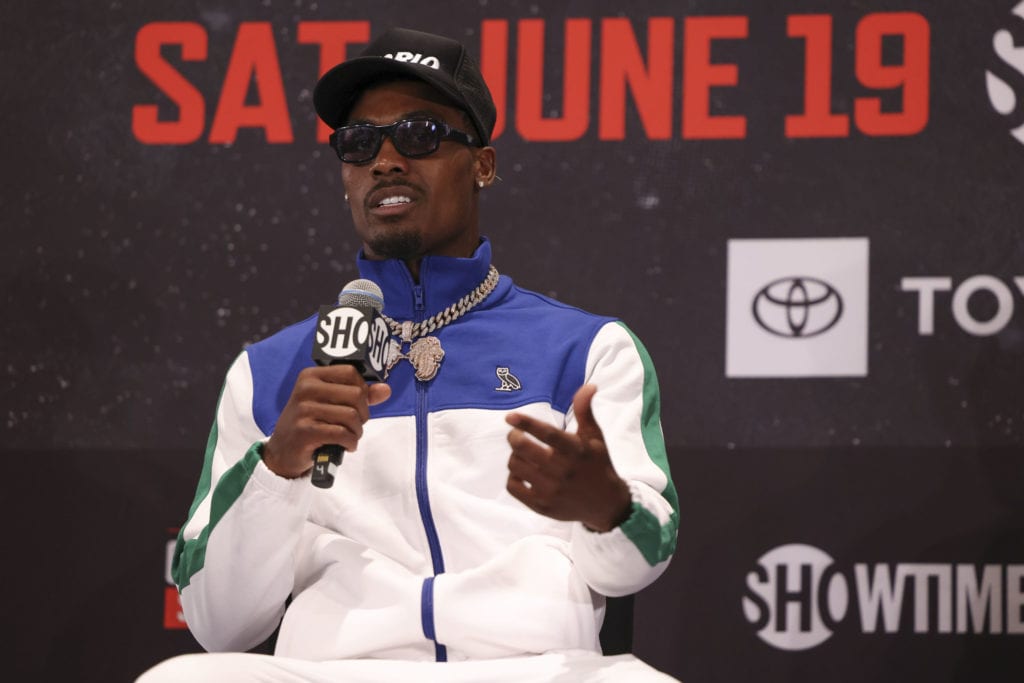 It’s been a week of build up and positive press for WBC Middleweight Champ, Jermall Charlo, as he prepared for his sixth title defense in his hometown of Houston Saturday night. However, things soured mid-day Friday, when the champ missed weight by close to half pound.

Charlo tipped the scale at 160.4 lb. for his defense against Mexico’s Juan Macias Montiel to headline the Showtime Premium Cable card from the “Lonestar State.”

The 31-0 Charlo was given two hours to return to the scale and make 160 lb. or under or face the real possibility that the World Boxing Council would strip him of the Middleweight World Championship.

The WBC did the same to it’s Super Middleweight champ David Benavidez, when he missed weight by three pounds prior to his scheduled title defense in Connecticut last Fall.

Charlo did in fact hit the weight at 160 lb. even upon the second try about two hours later. So, that was avoided.

Charlo and his twin brother Jermell (the Unified 154 lb. champ) were honored in downtown Houston on Wednesday afternoon. This, as Houston Mayor Sylvester Turner gave them both a proclamation for the city for their career accomplishments. The fight is getting great regional attention in South Texas, as well.

As for the scheduled title defense, Charlo is returning to his hometown for the first time since a June 2019 unanimous decision victory over Brandon Adams, also on Showtime.

The 30-year-old most recently scored an impressive victory over top middleweight contender Sergey Derevyanchenko in their September 2020 fight at the Mohegan Sun Casino with no fans present. Charlo has held the WBC middleweight belt since 2019, after a championship reign at 154-pounds that lasted from 2015 through 2017. He has compiled a perfect 6-0 record since moving up to middleweight and owns victories over former champions Julian Williams, Austin Trout and Cornelius Bundrage at Super Welterweight.

The lightly regarded Montiel is 22-4-2, 22 KOs, but is just 3-2-1 in his last six fights. That includes being knocked out in the first round by then WBO Jr. Middleweight champ, Jaime Munguia in 2018. He has earned knockouts in all 22 of his pro victories.