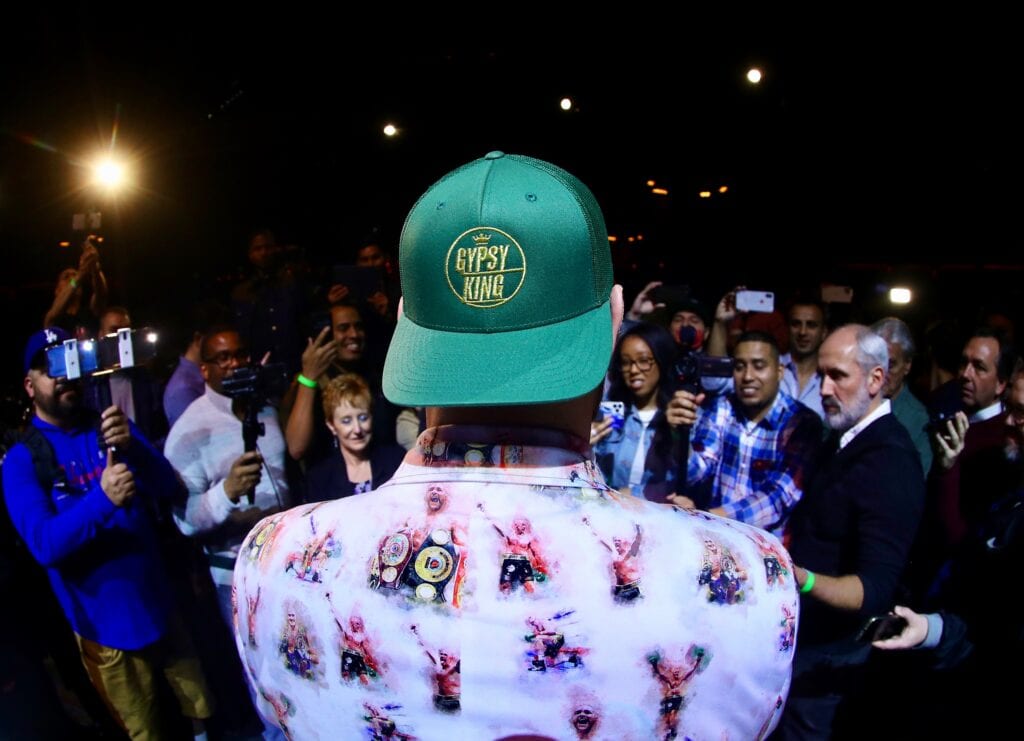 Fury wants to make it a slugfest?

Tyson Fury and Deontay Wilder picked up their war of words in Los Angeles Monday with a press conference to kick off their promotional tour. In front of the media, they both proclaimed how they were going to both knock each other out, and T.J. Roves wrote on here how Wilder was going to use a flying elbow off the top rope.

While I seriously don’t expect Wilder to fly off like Macho Man Randy Savage on February 22nd in Las Vegas on pay-per-view, one thing that stuck out is Fury stating he wanted to make this fight like the 1985 thriller Marvin Hagler versus Thomas Hearns.

“Let’s make it a Marvin Hagler vs. Tommy Hearns type of fight,” Fury said at the presser Monday.  “I’ll meet you in the middle of the ring on February 22. Just watch out for the right hand, because you’re going to sleep in two rounds.”

But will Fury make it a slugfest? Those who have recently seen Fury in action or at least seen the December 2018 between Wilder shows that style isn’t him at all. Dan Canobbio of Compubox, who will be on the Premier Boxing Champions preview for this fight next month, tweeted the punch percentage landed from the 2018 split decision draw.

That 17 percent (Wilder landed 71 punches of 430 thrown), of course, as we all know, included 2 of the punches resulting in knockdowns that Fury got up from. That is a far lower number to anyone who saw nearly the 8 minutes of action that Hagler-Hearns provided.

“The consensus is either he knocks me out, or I win on points, ” Fury stated. “Usually, when people have that opinion, it goes the opposite way around. Expect him to box and me to be looking for the knockout.”

Maybe Fury going against the grain for the rematch is to prove all of us wrong. Fury reverted to his old trainer SugarHill Steward to prepare for the right hand that sent infamously sent Fury down in the first match. Something Wilder hinted at by stating, “He rotates his trainers like he do his draws.” Well, wait and see if that new pair results in a victory for Fury next month.

Wilder and Fury met on media stage Monday prior to rematch
Dulay to take on Magadaleno in Nashville
Advertisement
To Top
We use cookies to ensure that we give you the best experience on our website. If you continue to use this site we will assume that you are happy with it.Ok