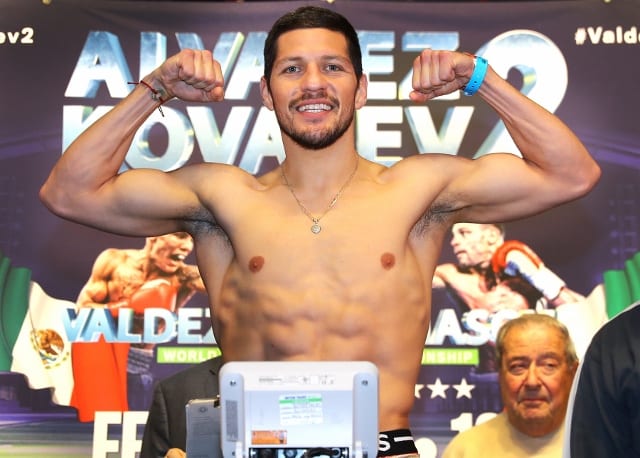 Dulay to take on Magadaleno in Nashville

Lightweight contender and Nashville native Austin Dulay will fight in front of his hometown crowd when he takes on former title challenger Diego Magdaleno in a 10-round fight that opens FOX PBC Fight Night action and on FOX Deportes Saturday, February 15 from Bridgestone Arena in Nashville, Tennessee.

Tickets for the event, which is promoted by Sweethands Promotion, TGB Promotions, and Sauerland Promotions, are on sale now and can be purchased at ticketmaster.com.

Nashville’s Dulay (13-1, 10 KOs) has won back-to-back fights by stoppage since his lone pro defeat to top contender Chris Colbert in April 2018. The 24-year-old has fought professionally since 2015 and won his first 11 fights. He most recently scored a TKO victory over Yardley Armenta Cruz in February of last year, and his last time in the ring saw him stop Justin Pauldo in a fight that was later changed to a no contest. Dulay will return to fight in Nashville for the first time since a 2017 victory on points against John Willoughby.

The 33-year-old (31-3, 13 KOs) has twice challenged for a world title and will look for a signature victory on February 15 to get closer to another chance at the belt. The Las Vegas native previously dropped title fights against Roman Martinez and Terry Flanagan. Magdaleno won three straight fights between 2016 and 2018, including a triumph over Art Hovhannisyan, and most recently lost to current lightweight champion Teofimo Lopez in February 2019.