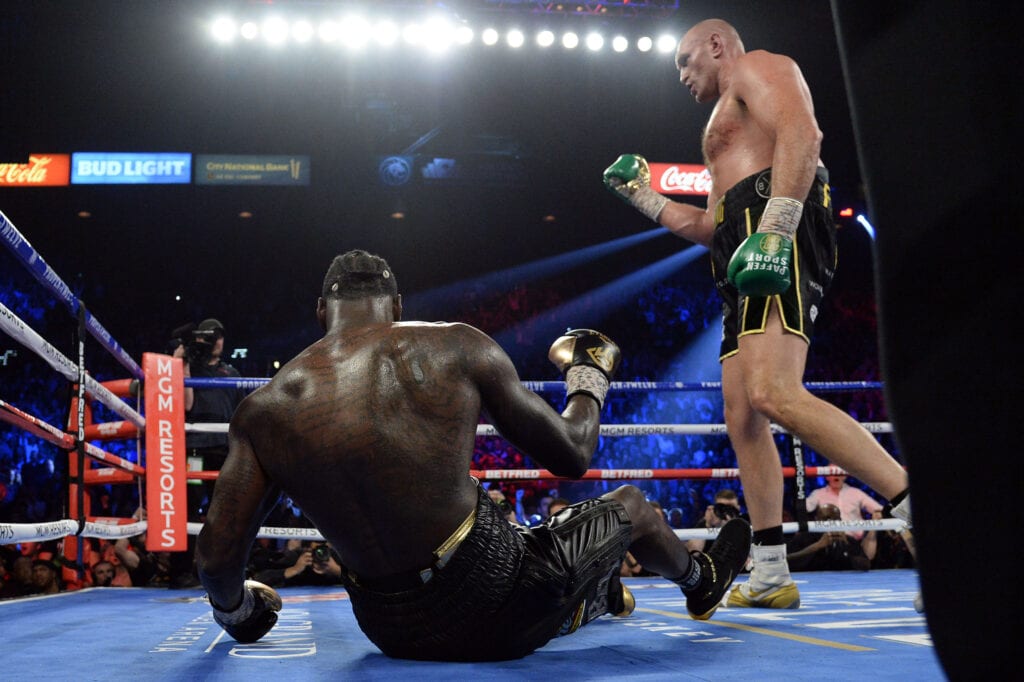 New WBC heavyweight champion Tyson Fury, fresh off his victory of Deontay Wilder Saturday night is making the celebration rounds back in England Tuesday. While that is taking place, everyone in boxing is waiting at this point if and when the third fight between these two will be formed and taken place. What looms in the window is a possibility of an all Britain heavyweight championship against Anthony Joshua, the WBA,WBO, IBF and IBO titleholder.

Fury’s promoter Frank Warren speaking with BBC Sport said he would like Joshua next but that the third fight contract is pretty much iron clad.

“I prefer to go straight to Joshua, but that is the contract,” Warren said in an interview with BBC Sport.

That choice of course we’ll now about from Wilder soon as to if he’ll accept the rubber match with Fury. Wilder made the media rounds Monday with quotes ranging from Kenny Bayless let Fury fight dirt, releasing co-trainer Mark Breland for throwing in the towel to  even the in-ring costume he wore walking to the ring was too heavy before the bell rang.

Despite all of Wilder’s claims, one that will still stick out is that he will invoke the rematch clause for the third fight. Latest reports of the third fight have it tentatively scheduled for late July with the location to be figured out.

Deontay Wilder just told me he expects his third fight with Tyson Fury to happen sometime in the summer. His contract states that it must take place by the end of July. Date & site TBD. #WilderFury3

“When are we ever going to get the chance of two British world heavyweight champions fighting for the undisputed title against each other?,” Hearn said to Sky Sports.”It’s never happened before it will never happen again. We’d be clowns, we’d be idiots if we didn’t make this fight. We believe we win the fight, they believe they win the fight, so let’s see it.”

We’ll have to wait until after the Wilder rematch for any of this to take place. Until then, we’ll wait and see if Fury retains in the rematch if it takes place for this conversation picks up realistically outside of dream booking.