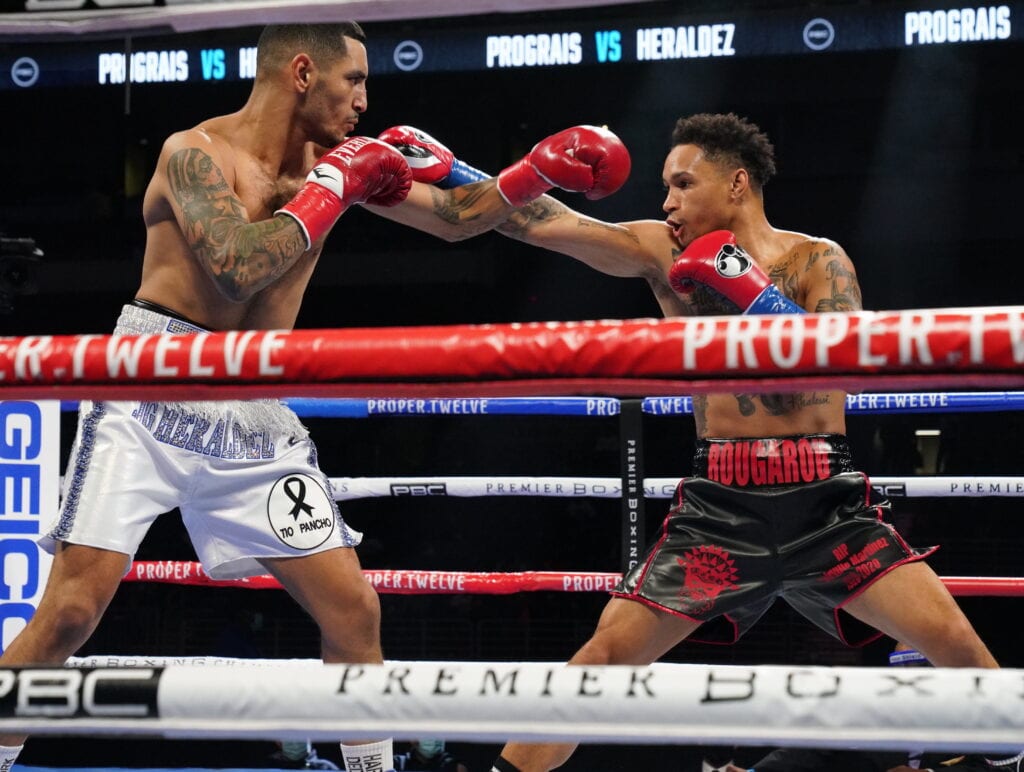 The shockwaves are still being felt after Thursday afternoon’s massive purse bid win by the Triller app to gain Undisputed Lightweight champ Teofimo Lopez’s next title fight. And now, former Jr. Welterweight champ, Regis Prograis, is walking through the same door for his next upcoming bout.

First, Prograis will apparently be part of the next upcoming Triller fight card in April that has Youtuber Jake Paul as the main event. The Athletic’s Mike Coppinger reported first on Saturday afternoon that the Louisiana native will be involved in the co-feature fight in Atlanta and Prograis gave a verifying “ok” on social media shortly afterwards,

Prograis would love a rematch with Scotland’s Josh Taylor, who handed him his first loss in the World Boxing Super Series 140 lb. finale’ back in October 2019. It was a hotly contested 12 round win for Taylor which added Prograis’ WBA World Title to his IBF belt. Taylor is currently slated to fight Jose Ramirez for the Undisputed title in May.

So, instead Prograis, who negotiated a release from promoter Lou DiBella in part for the lack of being able to secure a decent payday last Fall, is free to make his own deals. And, he exercised that quickly by pairing up with Premier Boxing Champions to fight on the undercard of last October’s Gervonta Davis-Leo Santa Cruz PPV in San Antonio, TX.

Prograis blasted previously unbeaten Juan Heraldez with a third round KO to move to 25-1 and keep his plans of bigger paydays in tact. He now will fight longtime Lightweight and Jr. Welterweight contender Ivan Redkach in April.

And, now that Triller plunked down some $6 million to snatch the mandatory title defense for Lopez against George Kambosos from Top Rank Boxing, it’s obvious that they are willing to spend, and spend BIG, on potential of marketable free agent type- U.S. fighters.

So, Prograis has a chance to be impressive and then, potentially make significant money with Triller in a title showdown later in 2021 and beyond.

Or, he may turn back to PBC, especially if he wants to move up into the talent rich Welterweight division. That’s where they control most of the big names/potential paydays: Errol Spence, Manny Pacquiao, Shawn Porter, Keith Thurman, etc.

The options are there for the fighter nicknamed “Rougarou” and he and Lopez may only be the beginning of guys who will now have more flexible options to “pick and choose” the promotion and deal that they want.

That is with Triller being willing to drive the prices up.